What is Motherhood? It's Complicated

When Julia Hori talks about the concept of motherhood, she takes the conversation far beyond the biological relationship between mother and child. As students in her online fall course, Literary Constructions of Motherhood, quickly began to notice, the term "mother" crops up widely in our language and culture, from "Mother Earth" to "mother tongue" to "motherland."

Hori, who joined Caltech in 2020 as the Fletcher Jones Foundation Postdoctoral Instructor in Contemporary Literature, focuses much of her research on empire and slavery and how those institutions manifest in the present.

"Thinking about my background in colonialism has led me to think long and hard about the meaning of 'mother country,'" says Hori. "And so I started thinking about these other maternal frameworks through which the world is built and imagined. What is Mother Earth? How do we look at that metaphor in relation to this climatic moment that we're currently in. What do we do with these figurations, the way that the landscape is gendered? How do we think about 'mother tongue' and 'mother country' in relation to the histories of colonial erasures?"

Hori offers her students different ways to think through narratives of mothering and motherhood as shaped by a wide range of social, political, historical, and material contexts. She also aims to develop their skill in comparing texts from different sources. "I really want to be able to demystify certain cultural myths and stereotypes surrounding the representation of maternal bodies and maternal care," she says. "I want my students to understand a variety of critical models of reading. So, we're looking at things through feminist, post-colonial, ecocritical, and queer theory perspectives."

Her thinking about the course, she says, was energized by the summer's uprisings around racial injustice. One particular protest sign that caught her attention read, "All mothers were summoned when George Floyd called out for his mother." In class discussions, Hori and her students have been exploring the meaning of that summoning as well as related maternal manifestations such as the Wall of Moms at Portland's recent protests.

Assigned readings include the work of Black poets Audre Lorde, Lorna Goodison, and M. NourbeSe Philip as well as other feminist scholars working on motherhood and maternal frameworks in literature. And while Hori started her students out with a wide variety of contextual sources, including newspaper articles, the course is grounded in novels and longer-form pieces, including epistolary works by Ocean Vuong (On Earth We're Briefly Gorgeous) and Chimamanda Adichie (Dear Ijeawele, or a Feminist Manifesto in Fifteen Suggestions). "How does the epistolary form help us to understand this yearning towards a mother, where you're centering the mother, but not necessarily through her voice?" asks Hori. Another text, Split Tooth by Inuit throat singer Tanya Tagaq, explores more broadly the idea of Mother Earth, with what Hori calls "an explosion of maternal relationships in the natural world."

Each week, Hori has her students bring to their Zoom meeting an object that in some way relates to the class and about which they have questions. "It's an open forum," says Hori, "to draw those connections to the outside world. It could be a song, a poem, a commercial, a print ad, a painting, anything they like." One student brought in a poem by Maggie Smith called "Good Bones," that conceptualizes the mother as a realtor who is trying to sell her children on a "half terrible" world that "could be beautiful." Another student shared a clip from the Disney film Tangled as a way to talk about characterizations of stepmothers in both fairytales and modern culture. "I see this part of the course as a building of an archive for all of us to draw from, to extend our research questions," says Hori.

As a newcomer to Caltech, Hori has found the questions students ask to be interesting and impressive. "I think coming from a different discipline or background, the questions that emerge are just different. Also, perhaps the students are a little bit less afraid to ask certain grounding questions that a student with a major in English might not ask. And these questions actually help to facilitate the conversation tremendously."

To adapt her course for online learning, Hori has made use of pair-and-share smaller-group activities as a means of entering into a text. And while she says she is still "figuring out exactly what the most useful interventions are going to be in this virtual space," she finds assigning people to random breakout groups helpful, since in a traditional classroom setting, she notes, students tend to be creatures of habit who choose the same seat and talk to the same people every class. "I really like them being able to switch around and have different conversations."

Hori is also taking advantage of the opportunity to invite guest speakers into her classroom through Zoom. Emanuela Kucik, a scholar of global Black literatures from Muhlenberg College will join the class to discuss motherhood under slavery, and Caltech archivist Peter Collopy will talk about the history of eugenic sterilization as tied to scientific communities at Caltech. "Through these speakers, I am hoping to offer students the opportunity to consider a range of maternal constructs and mothering histories at a global scale," she says, "but also at the local level, which includes the very institution at which they study."

Though Hori says she has found it undeniably strange to arrive at Caltech during the current pandemic, she has felt welcomed by the Division of the Humanities and Social Sciences, and during the summer was able to join in conversations with the Center for Teaching, Learning, and Outreach around course design and teaching in a virtual setting. Other opportunities to connect have included an online poetry lunch with Caltech English professor Jennifer Jahner and poetry lecturer Jenny Factor. Still, she says, "It'll be a very exciting moment when I'm able to enter the classroom through a door." 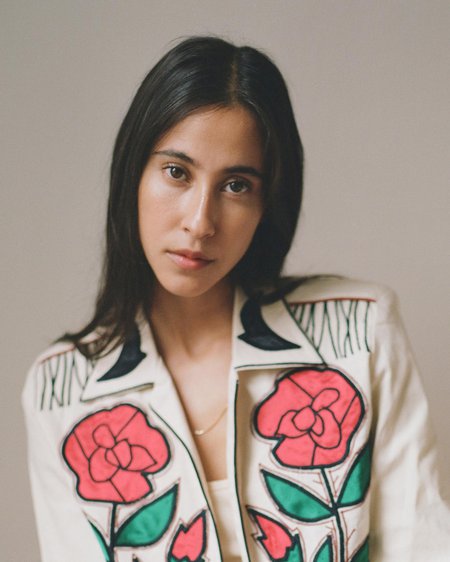