Caltech and The Huntington Library, Art Collections, and Botanical Gardens are barely a mile apart and have long served as twin anchors of Pasadena's intellectual and cultural life. Indeed, Caltech co-founder George Ellery Hale played a key role in the establishment of both institutions and believed keenly in the value of humanities instruction for science and technology students.

It's fitting, then, that over the years these two institutions have partnered and benefited from each other's intellectual and scholarly resources. The most recent of these efforts, the Caltech-Huntington Humanities Collaborations (CHHC), launched in the fall of 2016, brings scholars together again across the institutions for a series of two-year multidisciplinary research modules, under the overall direction of Caltech professor of English and dean of undergraduate students Kevin Gilmartin and Steve Hindle, W. M. Keck Foundation Director of Research at The Huntington.

"The collaboration was originally conceived," says Hindle, "to provide a bridge between the interests of Caltech faculty and The Huntington collections so we can create critical mass in certain areas of humanities research. My hope is we can build a scholarly community that crosses over California Boulevard."

"Violence and Order Past and Present," the theme chosen for the 2016–2018 module, looks at the roles violence has played in political and social order as well as the customs and cultural attitudes that have governed its use.

The two Caltech faculty members who proposed the topic and are coordinating this particular module come at it from different but complementary angles. Jennifer Jahner, assistant professor of English, is a literary scholar of the high- and late-Middle Ages with a special interest in the intersection of poetry and politics, while Professor of History Warren Brown studies the social and political history of medieval Europe, with a focus on violence in that era and the norms that surrounded it.

"We recognized violence and propaganda as a research interest we shared," says Jahner, "and when we were casting around for module ideas, this seemed like a good one, in part because in our current day and age when we think of violence we so often attach the word medieval to it. 'Let's get medieval on it.' We wanted to be able to excavate that in a historical way."

Gilmartin found the idea compelling because it was genuinely multidisciplinary. "We had a historian who saw a set of historical problems and a literary scholar who perceived a set of literary questions and both of them were interested in working together across disciplines," he says. "And it was more than just a theme, it was a problem, and a problem that has claims well beyond this specific period. It has implications across history for all sorts of scholars."

A series of workshops and lectures around this module have already brought an array of scholars to Pasadena, including Bruce Hoffman, a professor at Georgetown University's Walsh School of Foreign Service, who spoke on terrorism and counterinsurgency, and Texas A&M political science professor Cary J. Nederman, who discussed ideas of tyranny during the Latin Middle Ages. A January 20 workshop, Defining Violence: Texts and Methodologies, brought together faculty in history, French, and political science from UCLA, Brown University, UC Riverside, and Philipps University in Marburg, Germany. Open to the public, the workshop tackled the fundamental questions of what is violence and what is order.

For each research module, Caltech shares a two-year postdoctoral instructor with The Huntington as well as two yearlong senior research fellows. Postdoc Leah Klement, who recently earned her PhD from Princeton, is analyzing the role of civil unrest in medieval literary narratives of Englishness. Bettina Koch, this year's research fellow and an associate professor of political science at Virginia Polytechnic Institute and State University, is studying the relationship between medieval violence and modern terrorism.

"As the social scientist on the team," says Koch, "the initiative offers unique opportunities to think about violence-related issues that were already relevant in my previous work on Western and Islamic political thought in a truly interdisciplinary environment."

As part of Klement's two-year fellowship, she taught a fall class at Caltech titled Encountering Difference and this spring will teach Ethics of War; she will spend her winter quarter doing archival research at The Huntington. One of the criteria for bringing researchers into the project, says Brown, is that they have a direct need to use the library's manuscript or early book resources. "The Huntington is one of the best manuscript and rare-book collections in the world," he says, "and also a fascinating brain trust, with a cohort of long-term fellows and hundreds of short-term visitors and fellows. It's a real hub, constantly buzzing with new people."

Spending time in The Huntington's archives, is a "huge opportunity," says Klement. "There are some very well-known pieces there and things yet to be discovered. It's a wonderful place to poke around." Interacting with The Huntington's fellows, she says, is also "a really good way to get valuable feedback from people across a range of disciplines—it's a great way to meet a lot of people doing cutting-edge humanities research."

For Jahner, the project is an extension of the interdisciplinary work that is the norm in the humanities and social sciences division. "Warren and I are used to talking across our disciplinary divides," she says, "and so basically we've widened the scope so we can get more people involved in the conversation. It's great to collaborate with art historians, political scientists, people working on contemporary terrorism. For me, it sharpens and refines how I think about the literary when I put it in contact with other approaches."

Brown sees the potential for the collaboration to influence future discussions of violence. "A fundamental problem today is how we get information and insight about the past to people affecting modern discourse about very important subjects, including people outside our narrow disciplines. We're hoping to get what we do out to a wider scholarly world and to the wider policy-making world." 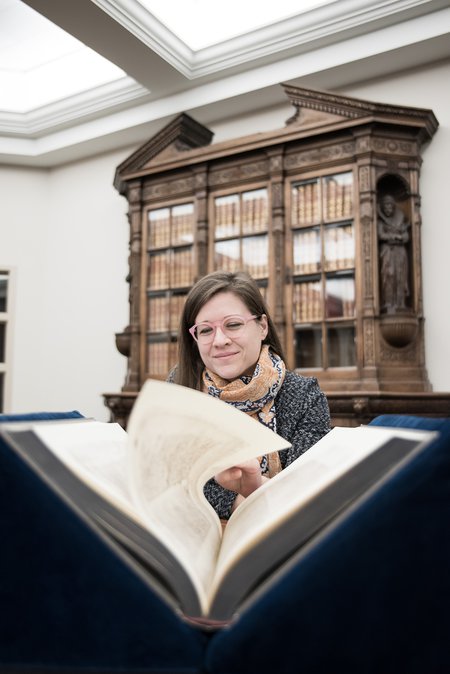 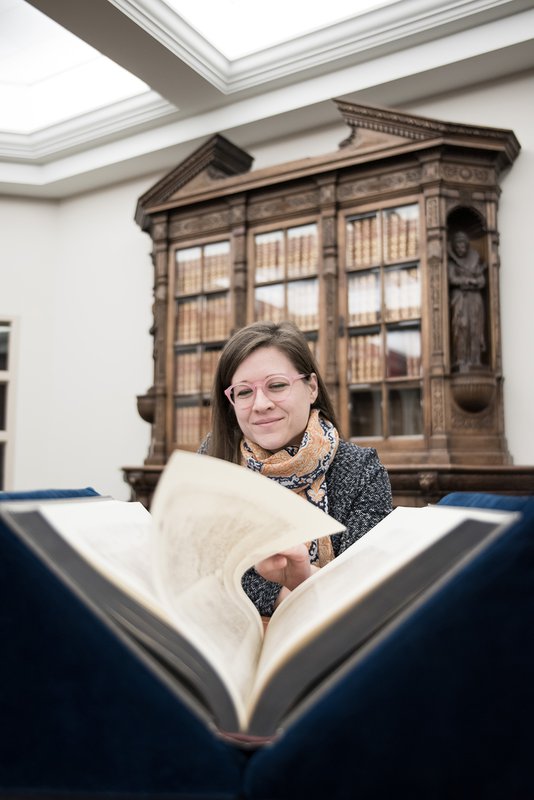