Jocelyn Holland, a new professor of comparative literature in the Division of the Humanities and Social Sciences, stumbled across her interest in German when she signed up for a language class that fit her schedule in college. From there, her interest in German literature and philosophy as well as the scientific tradition blossomed and led her to publish a book on how German Romantic poets discussed theories about procreation and another book on the philosophical work of German scientist Johann Wilhelm Ritter.

Holland, who is also an associate professor of Germanic and Slavic studies at UC Santa Barbara, earned her bachelor's degree at Harvard's Radcliffe College and her PhD from Johns Hopkins University.

She sat down with us to chat about her research, the projects she's working on, and what the humanities can offer to scientists.

How are you settling in so far?

People here are very welcoming, and it's a wonderful place to work. For a humanities person, this is a very nice environment. I have been teaching at a large university, UC Santa Barbara, where I spent the first decade of my academic career, and it's quite a different ambience here.

I've also had a relationship with Caltech that precedes this year by quite a bit because my husband, Gil Refael, is a physics professor. So, I feel like I've been in the Caltech community for quite a while.

Is there something unique about being in a humanities program at Caltech?

There's a strange sense of freedom that comes along with it. In some ways, it's a liberating atmosphere precisely because you're not the focal point. There's a lot of room for creativity. You have the autonomy to do the kinds of projects you want and create the kinds of relationships you want.

You have all the benefits of an intellectual community without necessarily the expectations that would come with a more narrowly defined program. Here, the understanding of humanities is very broad. That's a strength.

How would you describe your research to a complete stranger?

My work explores connections between academic disciplines at a historical moment before they became as specialized as they are today.

More concretely, that means taking a time period, like the 18th or 19th century, and examining common interests that connect areas of study such as literature, philosophy, psychology, and the life sciences.

For example, I can ask myself why concepts of equilibrium were so important in each of these areas. That might involve looking at specific cases where models of mechanical equilibrium are incorporated into literary and philosophical thinking, but it also means connecting these observations to the historical context of Europe in the aftermath of the French Revolution. One can also ask, "Why was there still so much attention given to such a basic mechanical idea at a time of such rapid progress in the sciences?"

What are your specific research interests?

German Romanticism has been a good point of departure for a number of different projects. In part, this is because the people involved seemed to possess a boundless intellectual curiosity. They were very well informed in the scientific and philosophical debates of their day and were experimental thinkers in the best sense of the word.

My research projects from the past few years have ranged from big topics, such as the emergence of a theory of technology in the 18th century or scientific theories and cultural practices of timekeeping, to more focused projects, like the modern history of the "Archimedean point," a concept in which an individual separates themselves from a line of inquiry so they can be completely objective, or Johann Ritter's use of symbolic notation. I am also really interested in Friedrich Schelling's nature philosophy, which was an early attempt to lay out theories for the natural sciences. He's my hero these days.

My relationship with German culture and language had kind of a funny beginning. I had taken Latin and French in high school, and then in college I wanted to learn a new language. I looked at the course catalog and saw that German was the only one that fit in my schedule, so I took it and I really liked it.

I became fascinated by German Romanticism because it's such an experimental and speculative way of thinking with language and constructing conceptual relationships. Language was very plastic for writers like Friedrich Schlegel and Friedrich von Hardenberg. This might have something to do with the basic fact that German itself offers a lot of flexibility in terms of turning verbs and adjectives into nouns. For the Romantics, concepts are things to be manipulated. When they write, for example, that the fulcrum point of philosophy is reflection or that the fulcrum point of poetry is fantasy, they express an intuition in terms of mechanical leverage. It might sound a little strange to the Caltech community that German poet and philosopher Friedrich Schlegel was of the opinion that atheists have no sense of mechanics, but for him it was no contradiction to use such practical language to express ideas about art, philosophy, and religion. I was really amazed when I noticed that for the first time in graduate school.

My first big project was a book about how the German Romantics used theories of procreation to think about creativity in a broader sense. Around 1800, there was a debate between supporters of epigenesis, who believed that procreative matter from parents is what forms offspring, and supporters of preformation, who thought that the seeds for all generations of animals and plants had existed since the first act of divine creation. We can see examples of this in one of the most famous literary characters from that time, Heinrich von Ofterdingen, a mythical Germanic figure from the Middle Ages revived by German Romantic authors. Heinrich is a young poet who strives for autonomy but who is still very much a product of his parents and, strangely enough, a book he discovers that seems to contain the pre-written story of his own life. In any case, it was a really good first project for me because it gave me a clear working approach for engaging with scientific theory and using the knowledge of scientific concepts to do better analyses of literary texts. Everything else has emerged organically from there.

For example, in the course of that project I also became interested in the German word werkzeug, which can refer either to a tool, like a hammer, or to a bodily organ. Romantic writers exploited this ambivalence to think about connections between technological and organic modes of production technology.

What are you working on right now?

I have two big projects that are being developed. One is more pragmatic and the other is more whimsical.

The pragmatic one focuses on how "technology" emerged as a word, a concept, and an academic discipline in 18th-century Germany. Most people associate early theories of technology with the 19th century, but there's quite a bit going on in the 18th-century context. I want to bring that to light and show how a widespread cultural interest emerged. I also want to connect the 18th-century discussion of technology to theories by 20th-century  philosophers Martin Heidegger, Gilbert Simondon, and others that people today are more familiar with. I think it is true that most of the debates in the humanities today, whatever the field, can benefit from a historical perspective.

The whimsical project is still germinating. Basically, I would like to write a collection of essays for a general audience where each essay takes up a different kind of material connection, say welding in metalworking. The central question would be: To what degree do the different tools and techniques used for each type of material provide us with the opportunity to reflect about different ways of joining those materials? For example, what difference does it make when material connections call attention to themselves or are designed to not be seen by a viewer?

The big French encyclopedia project of the 18th century as well as German technological dictionaries from that time are good sources for this kind of project. They give us access to a detailed and very colorful technical language, where quite a few terms have worked their way into our modern vocabulary, such as the notion of "dovetailing" in carpentry, which we also use metaphorically. I don't know exactly where this project will lead, but the general idea is to look for echoes of the materialities of joining in literature and philosophy around 1800 to make a formal analysis about the impact of material practices in other areas of culture. I would also like to interview contemporary artisans for this project in order to use their perspectives to frame the historical one.

What do the humanities bring to a science and engineering institution like Caltech?

In some ways, the humanities can do something that scientists probably should or could do if they had more time, which is to ask important questions about the connection between science in relation to other cultural products in society.

The humanities can ask questions like, "How do we use technology?" and consider moral and ethical questions that arise in the context of rapid technological change. We can also ask whether important events like relativity theory and quantum mechanics have affected human culture, such as literary and artistic practices, in any tangible way. I think humanities allows us to have a bird's-eye view that puts science in relationship with other aspects of culture and ask critical questions.

The humanities also have the practical function of giving students something they wouldn't otherwise have. The humanities classroom is a space where they can take a step back from their scientific work and learn to think about the world in a different way.

What is something about you that might surprise people?

I'm not a culture snob. I love trashy books, B movies, and pop music. This might be a reaction to studying German for so long. It can't be Hegel all the time.

I don't want to say. I risk losing all respect of my colleagues. (Laughter.) 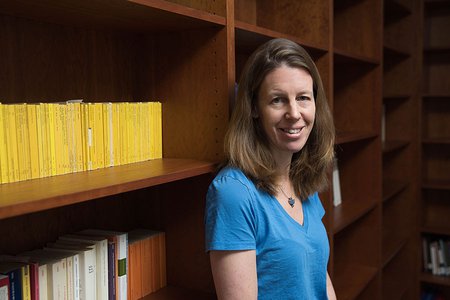 Jocelyn Holland, a professor of comparative literature, is a new addition to the Division of the Humanities and Social Sciences. Credit: Caltech
Image Lightbox 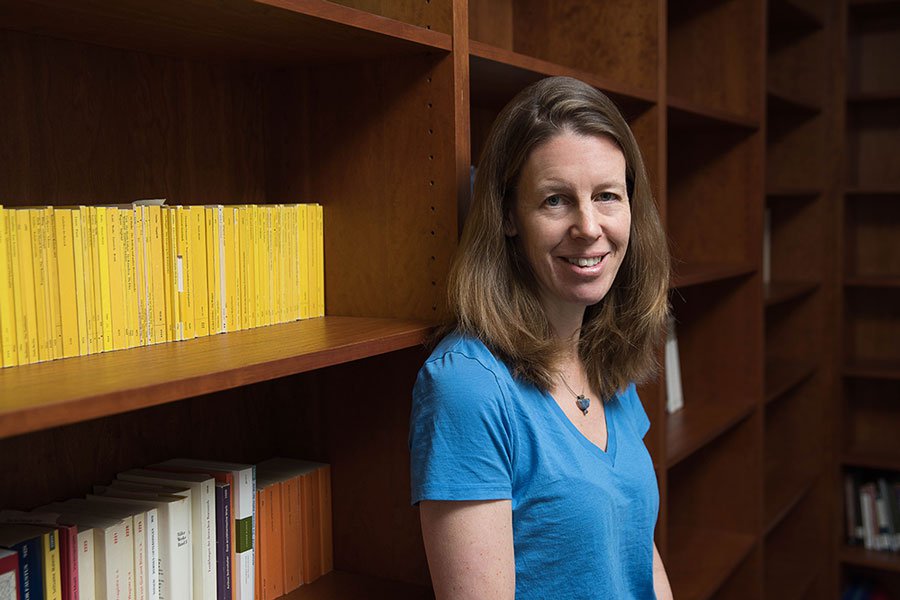 Jocelyn Holland, a professor of comparative literature, is a new addition to the Division of the Humanities and Social Sciences.
Credit: Caltech
Download Full Image
Subscribe
The Caltech Weekly