From looking for Waldo to finding your cellphone on a cluttered kitchen table, we are continuously engaged in visual searches. How does the brain do this? How do we know where to look? How do we know when we've found what we are looking for? For the first time, neuroscientists from Caltech have found neurons in the human brain that respond when our targets are spotted. The research involved a collaboration with scientists at Cedars-Sinai Medical Center in Los Angeles, where the data were collected, and West Virginia University.

Writing in the latest issue of the journal Current Biology, the team describes how they recorded the activity of individual visual-targeting neurons in patients with electrodes implanted in their brains for epilepsy treatment. Piggybacking on this unique clinical setup, the researchers had patients search for target images within other pictures—similar to how someone looks for Waldo in the Where's Waldo? books. While they were recording neural activity, they also tracked the patients' eye movements, so they could tell exactly which part of the image the patients were looking at.

"This was the first discovery of cells in the human brain that respond just when you look at a visual target," explains the study's lead author, Shuo Wang (PhD '14), who was a graduate student in Caltech's Computation & Neural Systems program and subsequently a postdoctoral fellow at Caltech when the experiments were done. He is now an assistant professor at West Virginia University.

While a few studies had previously found such neurons in the temporal cortex of monkeys, the experiment had never been done in a human subject. The researchers also found that the neurons in the medial temporal lobe responded about 200 milliseconds later than those in the medial frontal cortex.

"This difference supports the hypothesis that the frontal cortex first detects that a target has been found, and then feeds that signal down to the medial temporal lobe," says Ueli Rutishauser (PhD '08), the senior author on the study in whose laboratory at Cedars-Sinai Medical Center the data were collected. "This points us to specific circuits in the brain involved in the processes required for visual search."

The same team of authors had previously found cells in the medial temporal lobe that encode specific object categories, such as faces, and the present findings add to that prior work.

"We found two distinct populations of neurons in the medial temporal lobe. One population, which we already knew about, recognizes objects in terms of their appearance—for instance, whether something is a face or not," says paper co-author Ralph Adolphs (PhD '93), Caltech's Bren Professor of Psychology, Neuroscience, and Biology; the Allen V. C. Davis and Lenabelle Davis Leadership Chair; and director of the Caltech Brain Imaging Center, which is part of the Tianqiao and Chrissy Chen Institute for Neuroscience. A second population, first discovered in this experiment, recognizes objects not in terms of their appearance, but in terms of their goal-directed relevance: whether this was something we were searching for or not, regardless of how it looks."

The scientists say these findings are just the beginning of important work to explain how all these different brain regions work together. A particular strength of the study, they say, was the ability to record target neurons in both the medial temporal lobe and the medial frontal cortex, and the question now is exactly how these brain regions communicate with one another during a visual search task. Impairments in this circuit may underlie some of the attentional impairments that are seen in disorders such as schizophrenia.

An additional co-author on the paper, "Encoding of target detection during visual search by single neurons in the human brain," is Adam Mamelak, a neurosurgeon at Cedars-Sinai Medical Center and longtime collaborator with the team. The work was funded by the Rockefeller Neuroscience Institute at West Virginia University, the Autism Science Foundation, the Dana Foundation, the Simons Collaboration on the Global Brain, the National Science Foundation, and the National Institutes of Health.

This release was prepared from a submission written by Ralph Adolphs. 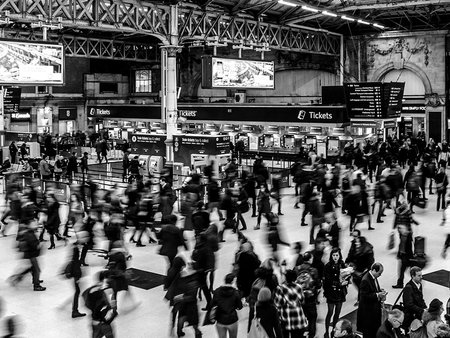 If not for copyright protections, this image would have been a cartoon drawing featuring a certain man in a red and white striped sweater hidden somewhere in the crowd. If you had been able to find him, you would have specific neurons in your brain to thank. Credit: Creative Commons/CC0
Image Lightbox 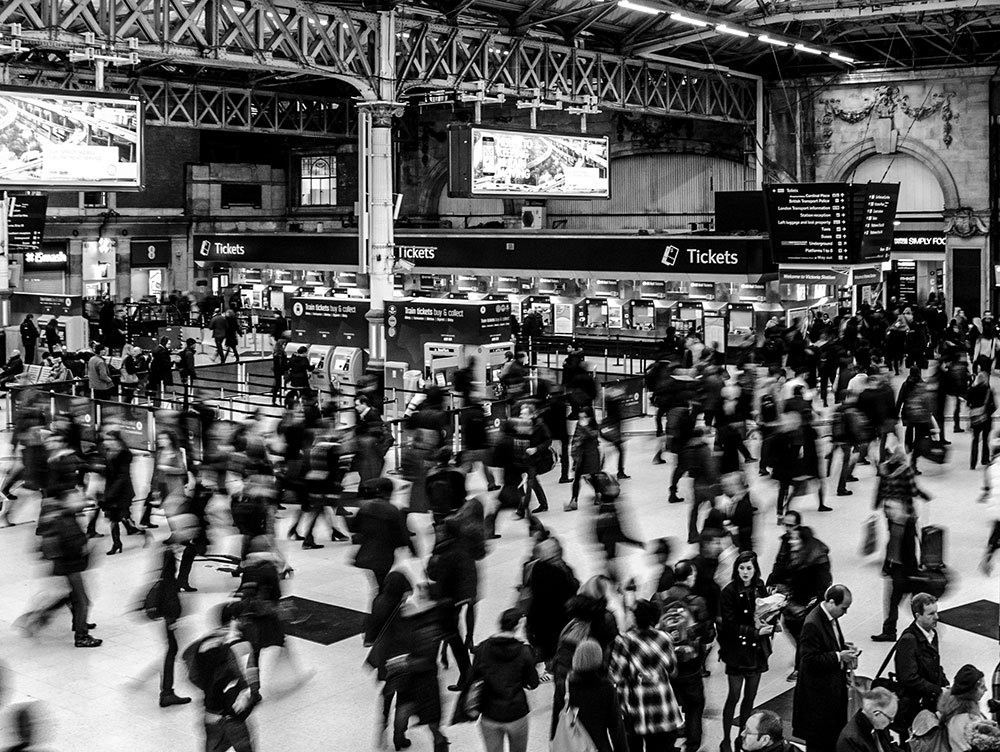 If not for copyright protections, this image would have been a cartoon drawing featuring a certain man in a red and white striped sweater hidden somewhere in the crowd. If you had been able to find him, you would have specific neurons in your brain to thank.
Credit: Creative Commons/CC0
Download Full Image
Subscribe
The Caltech Weekly