The Mechanics of Temptation and Procrastination

If you plan to cut sugar out of your diet, will you? Economic models make predictions about when people will or will not take certain actions, and when procrastination and temptation will get the better of us. Generally, the models state that your actions are consistent with your plans; if you plan to reduce sugar for the next month, you will.

New Caltech professor of economics Charlie Sprenger is poking holes in these models. He designs experiments to test how people behave when faced with various decisions, ranging from food choices to the implementation of vaccination programs and more. His experiments have shown that the standard economic models of behavior are not consistent with how people act in real-life settings, and these findings suggest the need for new public policy strategies. For instance, what are the best ways to encourage people to make healthy food choices for themselves?

Sprenger says he did not start out wanting to be an economics professor. He happened to teach economics while working with the Peace Corps after college, but it was not until he worked as a research assistant at the Federal Reserve that he felt inspired to pursue economics research as a career.

We met with Sprenger over Zoom to learn more about the choices we make and how economics research can influence the decision-making process.

How did you ultimately decide you wanted to be an economist?

I grew up near Santa Cruz, California, in a little town called Felton, and I never dreamed of being an economist. I graduated college in 2002 and there were no jobs. It was a challenging time. So, I went into the Peace Corps, and it may seem like I had a plan because I taught microeconomics, macroeconomics, and finance at the National University of Benin for two years, but that was just the job they gave me. I enjoyed it, but I wouldn't say that it sparked my passion for teaching. Later, while working at the Federal Reserve as a research assistant, I got my first indication of what an economics career could be like. I was really lucky that one of my mentors said, "just read," so my job some weeks was just to read papers and produce reviews of literature. Reading for a couple days a week for two years really gives you a picture of what economics research is like, and that is when I realized this could actually be a pretty fun career.

What kinds of projects were you working on back then?

I was involved with a project that involved experimental work, which is what I do today. That moment where you're collecting data, developing models in order to analyze that data, and designing corresponding follow-up experiments, that was really exciting for me. You ask relevant, interesting research questions. You design the empirical environment that lets you answer that research question, and then you actually implement the experiment. Being an experimental economist is a nice combination of activities because you have some pure theory work, you have some logistical work, which is always fun—defining and running experiments—and then you have some empirical work, which involves conducting statistical analyses on the data sets that you collect. It's a variety. You will not get bored being an experimental economist.

What kind of economics research are you focused on now?

I do behavioral and experimental economics, and my topics are primarily time and risk preferences, or how people make decisions over long periods of time, and how they make decisions under uncertainty. As a behavioral economist, my mission is to provide a critique of the standard economic model by positing plausible non-standard patterns of choice that deviate from the standard model. Then, I propose new rationalizations for those deviations.

What does the standard model say about behavior?

The neoclassical, or basic, economic model, when it comes to decisions over long periods of time, really just boils down to a requirement of consistency. It says your actions are consistent with your plans. Let's say we're talking about filing your taxes. You wake up each day and you ask, "Should I file my taxes today or should I not?" That comes with some cost. You have to get all your paperwork, you have to do it, but it has some benefits because it's off your plate. The standard economic model, to a first approximation, says, more or less, that you are going to do things when you planned. Now, you might plan to do it late in the tax-filing season, or you might plan to do it early, but more or less you'll do it when you planned.

The problem is that there's really no space in the standard economic model for procrastination. A chunk of my research over the past 10 years has been about investigating procrastination, and trying to design experiments to precisely estimate the parameters of models that permit procrastination. And then I think about incentives for procrastinators. One of the projects on this subject has to do with programs for administering polio vaccinations in Pakistan. The workers who give out the vaccines may procrastinate, so we are working on tailoring incentives for those workers.

Can you tell us about another example of one of your experiments?

I can tell you about a study published in the Review of Economic Studies in 2020, which has to do with food choices. Basically, we ran a food delivery service in Chicago and Los Angeles, where we provided groceries to individuals. We gave them a budget of 10 dollars and let them pick from 20 foods to be delivered at a later date. Ten of these foods are considered healthy, such as fruits and vegetables, and 10 are unhealthy, such as sweets and packaged items. But when we showed up at their houses, we came with additional items that they could swap for ones they had previously chosen.

What we found is not that surprising: people would regularly trade out something like an apple for a Snickers bar. This sounds like a simple experiment but there actually hasn't been a lot of credible, empirical evidence of this type of temptation preference behavior before. What we found is inconsistent with the standard model, which says that if you planned to eat the healthy foods, you would have. There's a natural policy angle to this, which is to take advantage of the fact that people know they are not going to stick to their plan. This is called a commitment device. You might say, "Hey Charlie, don't bring me those extra foods, and don't bring the Snickers bar to my house."

However, one question we are exploring is whether people really recognize that they are procrastinators or that they fall prey to temptation. We suspect that people that have the biggest problems with this don't think they have a problem. Therefore, commitment devices may not work. There may be other strategies to keep the future self on track.

What made you decide to come to Caltech?

Caltech is one of the best places in the world for the kind of work I do. There's a tremendous body of experimental and behavioral researchers. You have people who were here from the beginning of the field, like Charlie Plott [William D. Hacker Professor of Economics and Political Science]; and you have the next generation of researchers, people like Tom Palfrey [PhD '81, Flintridge Foundation Professor of Economics and Political Science], Antonio Rangel [BS '93, Bing Professor of Neuroscience, Behavioral Biology, and Economics], and Colin Camerer [Robert Kirby Professor of Behavioral Economics]. And then you have awesome junior faculty. Also, I'm very interested in underlying theories for decision-making, and at Caltech, there is such a talented group of theorists that complement the experimental and behavioral economists. I'm lucky to be a part of this community and help make the tradition grow. 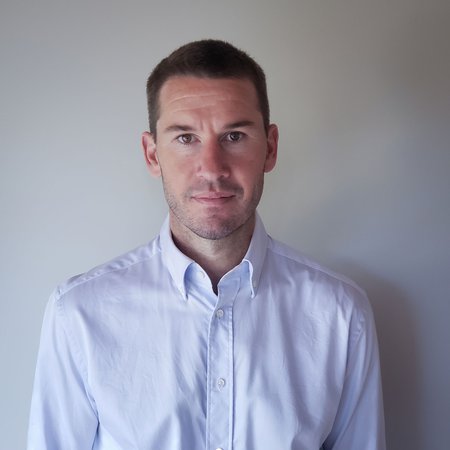