Switching On One-Shot Learning in the Brain

Most of the time, we learn only gradually, incrementally building connections between actions or events and outcomes. But there are exceptions—every once in a while, something happens and we immediately learn to associate that stimulus with a result. For example, maybe you have had bad service at a store once and sworn that you will never shop there again.

This type of one-shot learning is more than handy when it comes to survival—think, of an animal quickly learning to avoid a type of poisonous berry. In that case, jumping to the conclusion that the fruit was to blame for a bout of illness might help the animal steer clear of the same danger in the future. On the other hand, quickly drawing connections despite a lack of evidence can also lead to misattributions and superstitions; for example, you might blame a new food you tried for an illness when in fact it was harmless, or you might begin to believe that if you do not eat your usual meal, you will get sick.

Scientists have long suspected that one-shot learning involves a different brain system than gradual learning, but could not explain what triggers this rapid learning or how the brain decides which mode to use at any one time.

The researchers have also identified a part of the prefrontal cortex—the large brain area located immediately behind the forehead that is associated with complex cognitive activities—that appears to evaluate such causal uncertainty and then activate one-shot learning when needed.

The findings, described in the April 28 issue of the journal PLOS Biology, could lead to new approaches for helping people learn more efficiently. The work also suggests that an inability to properly attribute cause and effect might lie at the heart of some psychiatric disorders that involve delusional thinking, such as schizophrenia.

"Many have assumed that the novelty of a stimulus would be the main factor driving one-shot learning, but our computational model showed that causal uncertainty was more important," says Sang Wan Lee, a postdoctoral scholar in neuroscience at Caltech and lead author of the new paper. "If you are uncertain, or lack evidence, about whether a particular outcome was caused by a preceding event, you are more likely to quickly associate them together."

The researchers used a simple behavioral task paired with brain imaging to determine where in the brain this causal processing takes place. Based on the results, it appears that the ventrolateral prefrontal cortex (VLPFC) is involved in the processing and then couples with the hippocampus to switch on one-shot learning, as needed.

Indeed, a switch is an appropriate metaphor, says Shinsuke Shimojo, Caltech's Gertrude Baltimore Professor of Experimental Psychology. Since the hippocampus is known to be involved in so-called episodic memory, in which the brain quickly links a particular context with an event, the researchers hypothesized that this brain region might play a role in one-shot learning. But they were surprised to find that the coupling between the VLPFC and the hippocampus was either all or nothing. "Like a light switch, one-shot learning is either on, or it's off," says Shimojo.

In the behavioral study, 47 participants completed a simple causal-inference task; 20 of those participants completed the study in the Caltech Brain Imaging Center, where their brains were monitored using functional Magnetic Resonance Imaging. The task consisted of multiple trials. During each trial, participants were shown a series of five images one at a time on a computer screen. Over the course of the task, some images appeared multiple times, while others appeared only once or twice. After every fifth image, either a positive or negative monetary outcome was displayed. Following a number of trials, participants were asked to rate how strongly they thought each image and outcome were linked. As the task proceeded, participants gradually learned to associate some of the images with particular outcomes. One-shot learning was apparent in cases where participants made an association between an image and an outcome after a single pairing.

The researchers hypothesize that the VLPFC acts as a controller mediating the one-shot learning process. They caution, however, that they have not yet proven that the brain region actually controls the process in that way. To prove that, they will need to conduct additional studies that will involve modifying the VLPFC's activity with brain stimulation and seeing how that directly affects behavior.

Still, the researchers are intrigued by the fact that the VLPFC is very close to another part of the ventrolateral prefrontal cortex that they previously found to be involved in helping the brain to switch between two other forms of learning—habitual and goal-directed learning, which involve routine behavior and more carefully considered actions, respectively. "Now we might cautiously speculate that a significant general function of the ventrolateral prefrontal cortex is to act as a leader, telling other parts of the brain involved in different types of behavioral functions when they should get involved and when they should not get involved in controlling our behavior," says coauthor John O'Doherty, professor of psychology and director of the Caltech Brain Imaging Center.

The work, "Neural Computations Mediating One-Shot Learning in the Human Brain," was supported by the National Institutes of Health, the Gordon and Betty Moore Foundation, the Japan Science and Technology Agency–CREST, and the Caltech-Tamagawa global Center of Excellence. 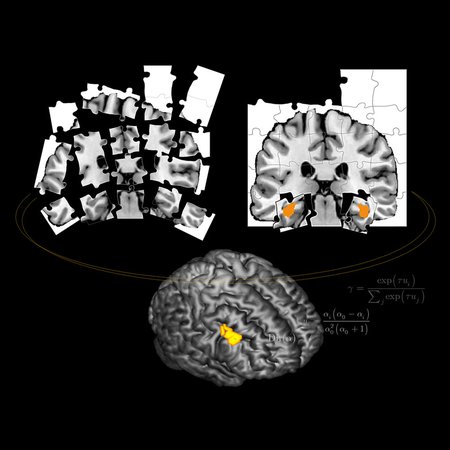 Caltech researchers provide evidence that the amount of uncertainty about the causal relationship between a stimulus and an outcome mediates the switching between incremental learning, in which we gradually acquire knowledge, and one-shot learning, where we rapidly learn from a single pairing of a potential stimulus and an outcome. Neuroimaging findings suggest that the ventrolateral prefrontal cortex may act as a "switch," selectively turning one-shot learning on and off, as needed. Credit: Sang Wan Lee/Caltech
Image Lightbox 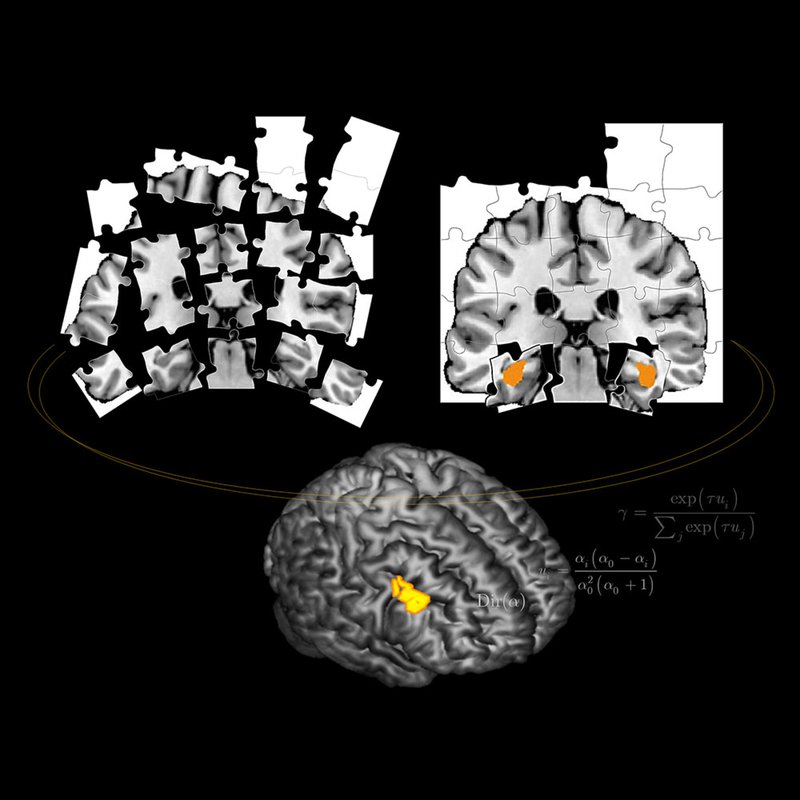 Caltech researchers provide evidence that the amount of uncertainty about the causal relationship between a stimulus and an outcome mediates the switching between incremental learning, in which we gradually acquire knowledge, and one-shot learning, where we rapidly learn from a single pairing of a potential stimulus and an outcome. Neuroimaging findings suggest that the ventrolateral prefrontal cortex may act as a "switch," selectively turning one-shot learning on and off, as needed.
Credit: Sang Wan Lee/Caltech
Download Full Image
Subscribe
The Caltech Weekly