Shoddy and the Art and Science of Recycling 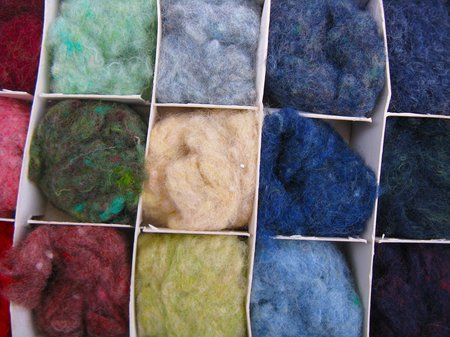 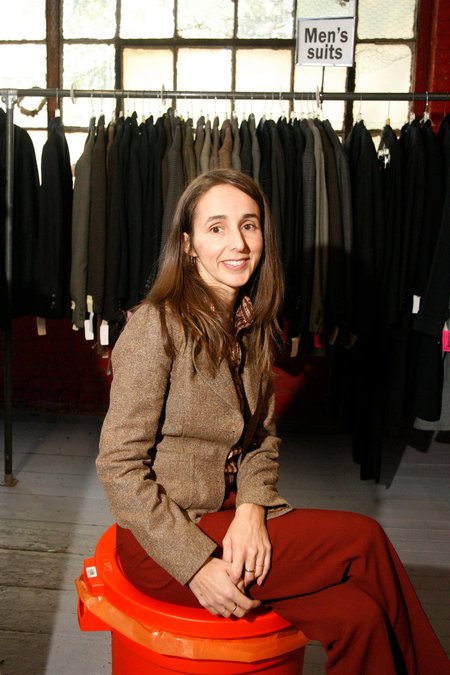 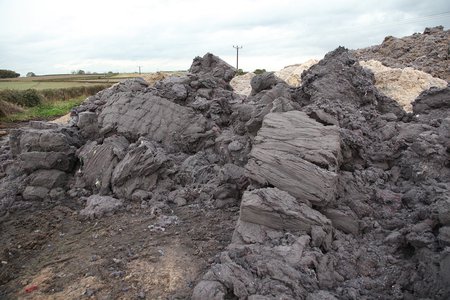 A heap of shoddy containing waste materials from the textile recycling industry, as well as remains from the wool scouring process, in a section of farmland in West Yorkshire, United Kingdom. Credit: Hanna Rose Shell 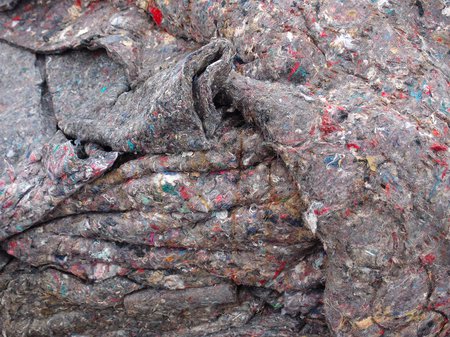 Situated on the side of a motorway that connects the cities of Liverpool and Hull in England is a giant pile of old dark rags, socks, and other decomposed fabrics. To some, the 20-foot-tall heap resembles a geological formation. To Hanna Rose Shell, a visiting professor of history at Caltech, the heap is a thing of beauty. Not only for the occasional rhinestones and buttons scattered among the debris but because the contents of the heap, known as shoddy, are a perfect metaphor for the concept of rebirth in society and history.

"Let shoddy be cast again as poetry, as beauty. … Things that seem useless or disgusting can have fascinating potential," she said in a recent webinar hosted by the Caltech–Huntington Program in Visual Culture, during which she discussed her research into shoddy and read from her new book, Shoddy: From Devil's Dust to the Renaissance of Rags.

Shell, an author, filmmaker, and artist, is visiting Caltech as part of the visual culture program; she served as the Eleanor Searle Visiting Professor in fall 2020, and will hold the same title again in winter 2022. Last fall, Shell taught a course titled "Science on Screen." Due to the coronavirus pandemic, that course was virtual, but when Shell returns to Caltech, she will teach the same class in person.

The class, which she says will "broaden students' perspectives on what films can do," will cover the history, philosophy, and visual culture of both fiction and documentary films that cover a range of topics, including Antarctica, primates, and nuclear weapons. "These are fertile sites to investigate," she says.

Shell earned her PhD in the history of science from Harvard University in 2007. She then was a professor at MIT for 10 years before joining the faculty at the University of Colorado Boulder in 2018. After creating a film about used clothing in Haiti called Secondhand [Pèpè] in 2007, she became fascinated with shoddy, a type of recycled fabric used in suit jackets, army blankets, and other materials that was commonplace in the 19th century. Nicknamed "the devil's dust," the fabric was made from old materials—wool rags and leftover clippings from the textile industry—that had been ground to bits by a machine known as "the devil." The use of the adjective "shoddy" today to mean "poorly made" derives from shoddy the fabric; the meaning came about in part because of the wool industry's efforts to counter shoddy's appeal.

Shell's new book about shoddy covers the history and cultural influences of the recycled material across the globe, from Haiti to the U.S. to the "shoddy towns" of England. "The book tells the history of this recycled material in its social and cultural context as well as its surprising role in the interconnected histories of technology, medicine, and the body politic," says Shell. The devil's dust, she said during her visual culture webinar, got "roped into all of these other kinds of debates about class warfare and the relationship between the rich and the poor."

The book also highlights the evolution of shoddy, which is still manufactured today in factories in England, though the materials are no longer incorporated into clothes but rather are used to create carpet pads, mattresses, moving blankets, and other more utilitarian textiles.

"Shoddy has fertilized a kind of rebirth that goes even beyond the heap," she said during the webinar in describing photos she took of the 20-foot heap of modern-day shoddy in England. "At its origins, a textile woven and worn, shoddy is simultaneously a product, a process, a material, a metaphor."

Shell says she is looking forward to returning to Caltech not only to teach "Science on Screen" but to continue her research into textiles as a long-term fellow at The Huntington Library, Art Museum, and Botanical Gardens. Additionally, she plans to extend her work on the relationships between art, science, and technology to astrophysics and photography.

"I'm working on a project about solar astrophysics, photography and the construction of observatories in the American West," says Shell. "I will be working with Huntington Library materials from the Edwin Powell Hubble Papers and the Mount Wilson Collection as well as several manuscript collections in the area of Western American History."

The visual culture program is based in Caltech's Division of the Humanities and Social Sciences in collaboration with The Huntington Library and funded by a grant from The Andrew W. Mellon Foundation. The program is designed to expand Caltech students' exposure to different forms of artistic media and includes course offerings, guest lectures, and artists-in-residence.