Scientists Take the Study of Fear to a Haunted House

A house of deranged prisoners and other horrors has become a laboratory for studying fear.

This Halloween, as people scream their way through haunted houses, a group of scientists will be taking note. Social scientists at Caltech have partnered with a seasonal haunted house, The 17th Door in Fullerton, near Los Angeles, to study the different ways in which people react to fear.

"If we were to design an experiment to make people as afraid as possible without actually putting them in any harm, it might look a lot like this haunted house," says Colin Camerer, the Robert Kirby Professor of Behavioral Economics and director of the T&C Chen Center for Social and Decision Neuroscience in the Tianqiao and Chrissy Chen Institute for Neuroscience at Caltech.

Camerer and his colleague Dean Mobbs, an assistant professor of cognitive neuroscience and Chen Scholar at Caltech, are both interested in studying how people react when imagining a fearful situation versus actually being in one. They are studying a phenomenon known as projection bias, in which people do not always accurately predict how they will react to a situation. For instance, some visitors to a haunted house might assume they are going to be more afraid once they actually face its zombies, bloodstained killers, and other horrors, but then, once inside, find they are not, in fact, as fearful as they expected. Or the reverse might happen, and a person might be more afraid than they predicted once they step into the house of terrors.

"There's not a lot of good data on projection bias, but we have evidence that people are not good at predicting their fear levels," says Camerer.

Camerer and Mobbs realized that a haunted house was an ideal way to study fear in situations that, while not actually dangerous, are engineered to create or evoke basic fears, and decided to test out whether it is possible to acquire useful data in this setting. They partnered with The 17th Door, which, according to its website, portrays the story of Paula, a psychotic prisoner seeking redemption after murdering her son.

Since October 20, the scientists have been asking people waiting in line to enter the haunted house if they would like to participate in a study. Those who agree are asked to fill out a questionnaire before and after the experience; during the journey through the house, they wear a device on their wrist that measures their heart rate, blood pressure, and other factors like sweating through the skin, which tell the scientists how fearful they are.

"When we take the wrist devices back from the volunteers, we can tell they have been sweating," says Virginia Fedrigo, a Caltech research technician assistant who works with Camerer and recently earned her master's degree in neuroeconomics from Maastricht University. "This is not your typical experiment, but it's a great experience. We have been learning to plan for the unplanned, and I am curious to analyze the results."

The researchers say they also want to test whether a person's fear levels depend on the number of friends with whom they walk through the house. "Do they feel safety in numbers?" asks Camerer.

Once the researchers have a better idea of what the data look like from this year's run, which ends shortly after Halloween, they hope to plan future experiments and potentially write up the results. One of their long-term goals, says Camerer, is to study how well people can learn to control their emotions during extreme experiences like this. "This should lead to breakthroughs in helping people feel less anxious and afraid in everyday life," says Camerer.

After all, the crazed characters at The 17th Door are not really coming to get you ... or are they? 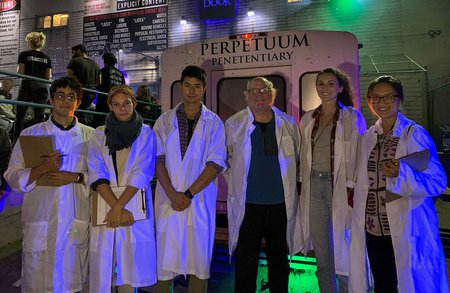 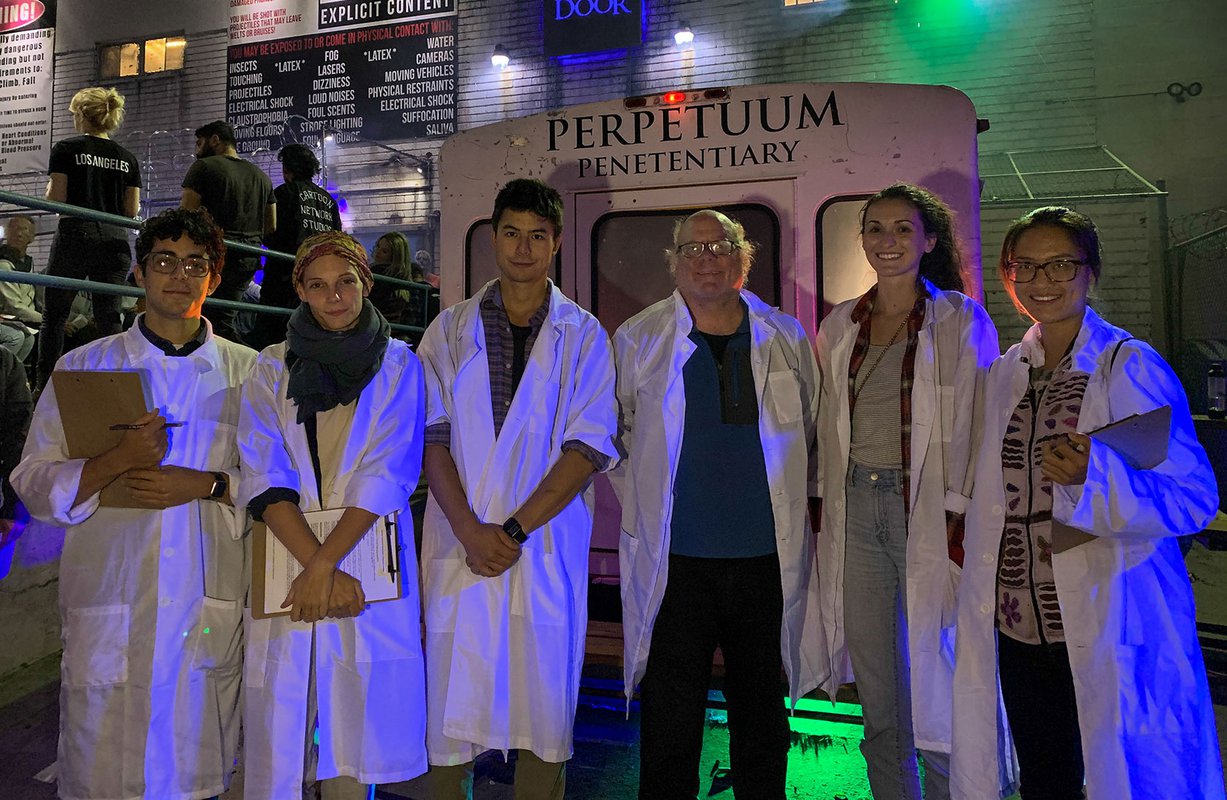