The Real-life Pride and Prejudices of Jane Austen

Caltech professor of English Kevin Gilmartin has been working with materials—from literary texts to pamphlets, periodicals, and other ephemeral writings—at The Huntington Library, Art Collections, and Botanical Gardens for 25 years now, as part of his research focus on political developments in British literature and print culture during the Age of Revolution. But figuring out how to utilize the Huntington's rich archival resources in support of his teaching at Caltech came along more slowly. Directing summer research projects as part of Caltech's SURF program gave him what he calls "the first glimpse of what happens when students have access to primary sources at The Huntington." More recently, Gilmartin has been bringing students to The Huntington for class sessions with rare materials themed to a range of course topics. "The Huntington has become increasingly important to my teaching," he said.

On Wednesday, November 9, Gilmartin talked before a group of President's Circle members of the Caltech Associates at The Huntington—where the first formal meeting of the Associates had taken place 90 years earlier—about his teaching and the richness that Caltech's collaborations with the library brings to his students' studies of one author in particular: Jane Austen.

Surrounded by first editions of some of Austen's most famous novels—including Pride and Prejudice—as well as letters, books, and even a fan imprinted with the music of the time, Gilmartin talked about how Austen's work fits with his study of the Age of Revolution, an era of social and political upheaval in Europe and the Americas from the late 18th through the early 19th centuries. Having originally resisted suggestions from students to teach an entire class on Austen, Gilmartin said, "the breakthrough came when I was doing research on 18th- and 19th-century conduct books and realized I could provide students with direct access to ephemeral material that would help them appreciate the richness of Austen's narrative art."

What Gilmartin then created was a course that not only "marches through Austen's six novels," but also allows them to pursue original investigations into Austen's world, through a range of social and cultural matters that shape her characters' lives. "I have my students each pick a research project," he explained. "They look into what Austen's characters ate, where they traveled, how they danced and sang and entertained themselves, and more."

Two of Gilmartin's students were in attendance at The Huntington that evening. Jenny He, a senior chemistry major, used Austen's novels and contemporary archival sources to learn how to do some 18th-century dances, and even made a video. Senior geochemistry and English major Sirus Han wrote on sexual scandal in Jane Austen's time, which Austen treated far less directly than other print sources from the period.

"Politically, she was conservative, but never complacent," Gilmartin noted. "She wrote about a really interesting strand of the lower provincial gentry; people whose lives could be precarious, even if they were economically far better off than most ordinary English people of the day."

"Jane Austen is taken to be an exemplar of Regency society," he continued, "but it's important to realize that she was also a perceptive critic of it."

Gilmartin, who is also Caltech's dean of undergraduate students, is not only connected to The Huntington through his research and his teaching, but through a new program—the Caltech-Huntington Humanities Collaborations (CHHC)—that launched this year to support interdisciplinary research in the humanities. Codirected by Gilmartin and The Huntington's Steve Hindle and coordinated by Caltech faculty, this collaboration brings a group of scholars together across the two institutions to work closely on a rigorously defined research problem over the course of a two-year research module. The 2016-2018 module, called "Violence and Order Past and Present," is directed by Caltech faculty members Warren Brown and Jennifer Jahner, and looks at the roles violence has played in political and social order, as well as the norms and cultural attitudes that have governed its use. 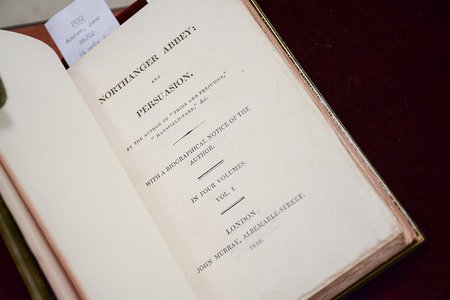 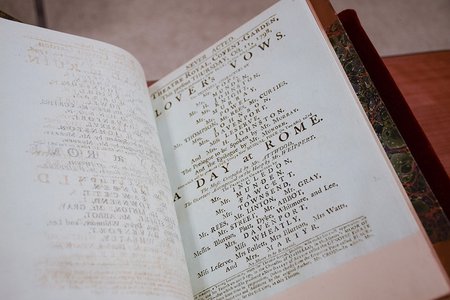 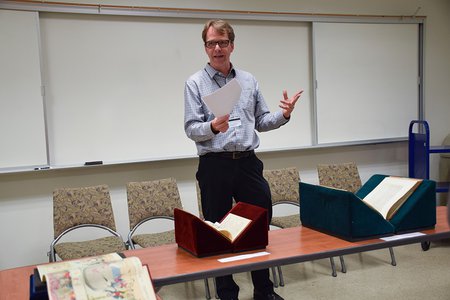 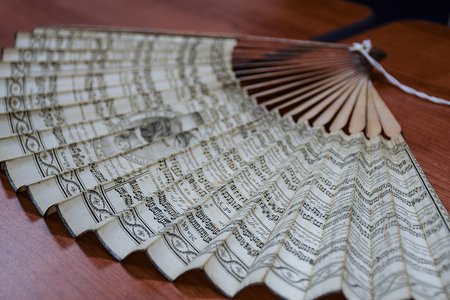 A fan imprinted with music from the time period in which Austen's novels were set. Credit: Caltech Associates 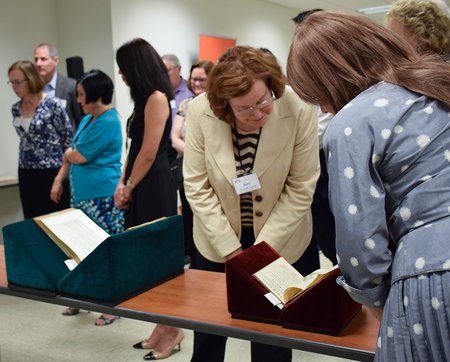 Perusing some of The Huntington's materials from the time period in which Austen's novels were set. Credit: Caltech Associates
Image Gallery Lightbox 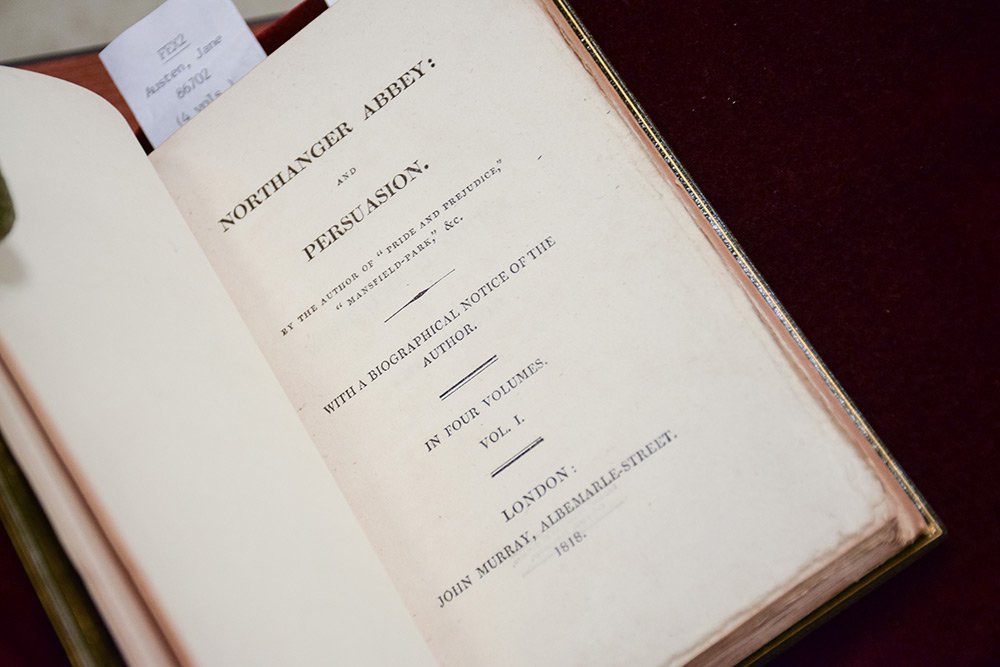 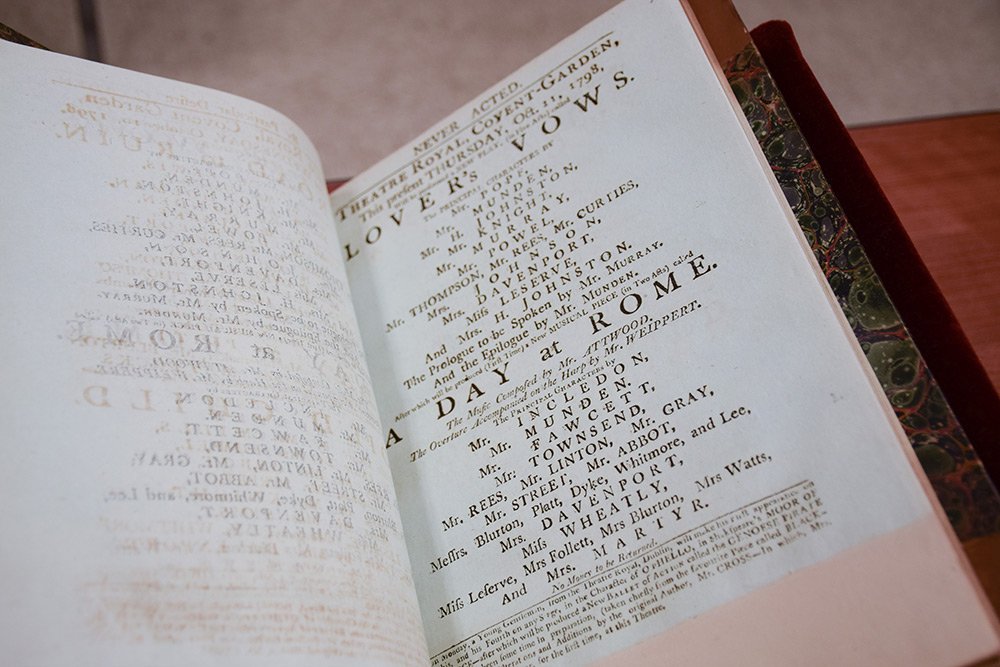 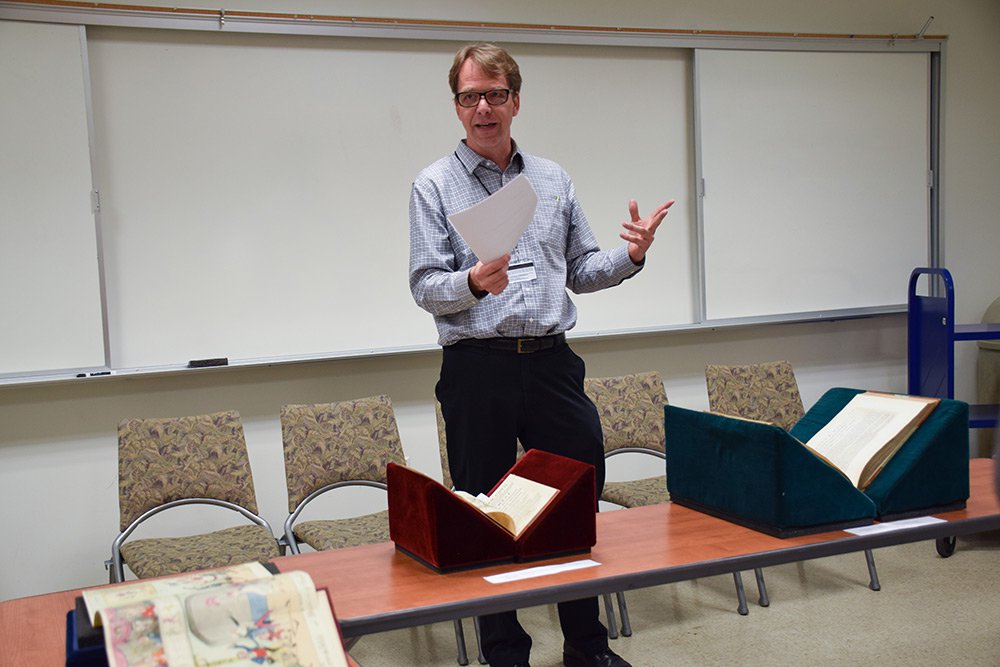 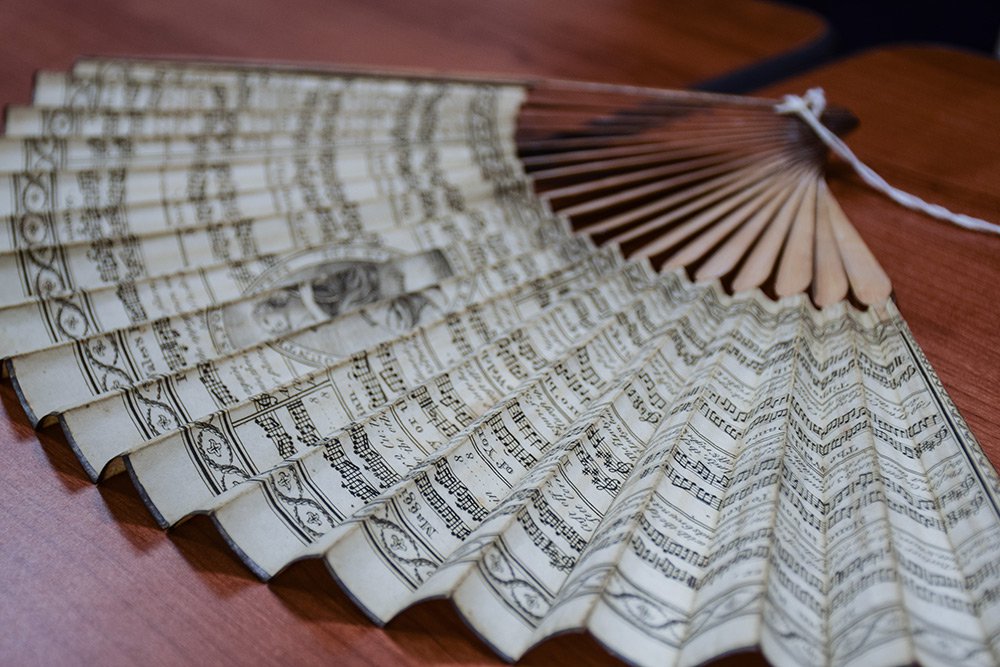 A fan imprinted with music from the time period in which Austen's novels were set.
Credit: Caltech Associates
Download Full Image 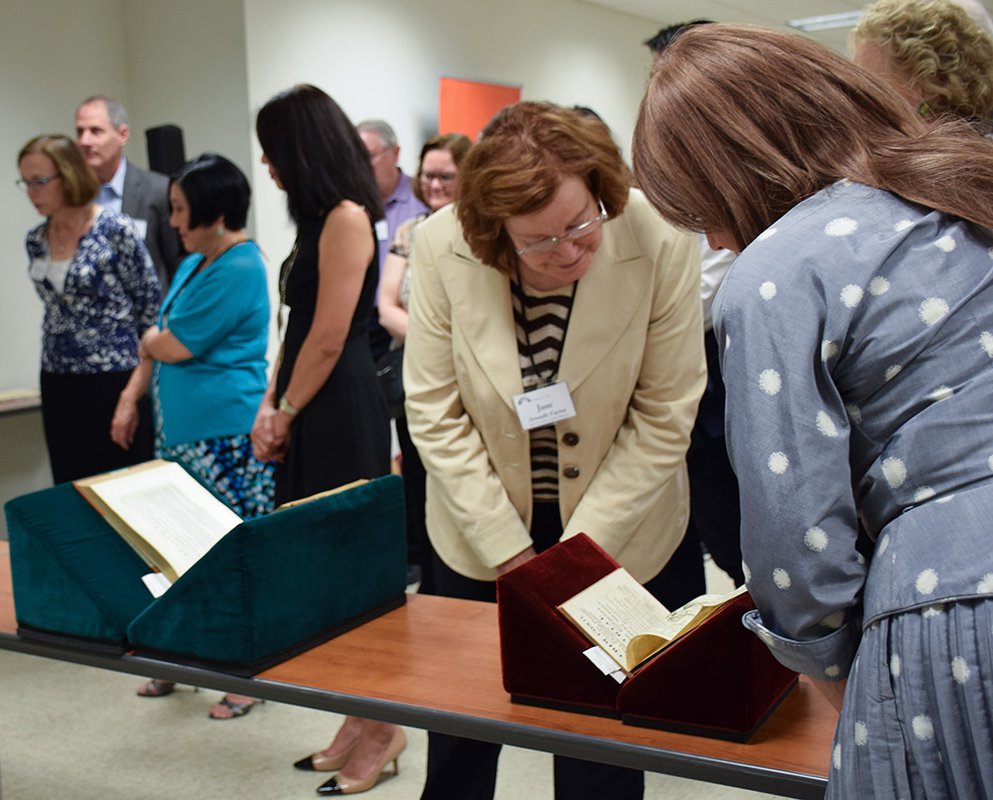 Perusing some of The Huntington's materials from the time period in which Austen's novels were set.
Credit: Caltech Associates
Download Full Image