There will be plenty of fresh faces this year in Caltech's Division of the Humanities and Social Sciences. The new faculty members, postdocs, visitors, and students bring with them unique experiences and scholarship and will serve as great assets to the Caltech community. (Read about all the newcomers in HSS here.)

This group includes mentors and educators who plan to teach a great slate of courses during the 2016–2017 academic year. Here's a rundown of the new and visiting faculty and the courses they're offering.

Maura Dykstra is no stranger to Southern California, having earned her PhD at UCLA. An expert on Chinese history—and, specifically, late imperial China—she joins Caltech as an assistant professor of history and will be teaching three classes this academic year. In the fall, students can study writings to understand the changing craft of governing over Chinese history (H 138). Or, they can use China's imperial history as a lens to explore what it means to be an empire (Hum/H 5). In the winter, students can delve into crime and law and learn what justice meant during a thousand years of Chinese history (H 137).

For something closer to home in both space and time, new assistant professor of history Sarah Gronningsater will help students engage with the complexities of American history. She studies the history of slavery and abolition in the nineteenth century—particularly in the northern states. Her book-in-progress chronicles the long path toward emancipation in New York. But when she's not diving into the past, she loves to teach, she says.

This winter, her students will examine the history of rebellions and revolutions between 1607 and 1800, from slave conspiracies and witch trials to native uprisings and imperial wars (H 119). In the spring, she will offer a course on the social and political history of the nineteenth century, covering such topics as the rise and fall of political parties, reform, Indian removal, the Civil War and Reconstruction, Jim Crow, and labor movements (H 120). Also in the spring, students can play ball—or, at least, study the history of baseball and its role in American culture (Hum/H 2). The history of baseball, says Gronningsater, is a history of the United States and the myths Americans tell about themselves.

Rounding out the new history offerings are two classes on the history of science. Stefano Gattei joins the division as an Eleanor Searle Visiting Instructor in History. Like all Searle visitors, he will split his time between Caltech and The Huntington Library, Art Museum, and Botanical Gardens. Gattei's courses will shed light on the lives of Galileo and Kepler (HPS/H 169) and examine Galileo's discoveries and conflicts with the church (HPS/H 178). Gattei's research focuses on the philosophy of science in the nineteenth and twentieth centuries. He's now at work on a book about engraved frontispieces and title pages in early modern astronomical works.

The concept of the Other is pervasive in society, politics, philosophy, history, and literature. In the fall, Leah Klement, the first postdoctoral instructor in the new Caltech-Huntington Humanities Collaborations (CHHC) program, will help students consider how religion, ethnicity, culture, and other factors distinguish the self from the Other. Readings will range from Chaucer to the writings of early explorers (Hum/En 26). Klement, most recently a lecturer in Princeton University's writing program, will also teach a course in the spring on the ethics of war through the lens of Aristotle, Thomas Aquinas, and other western sources as well as contemporary depictions of medieval warfare, such as in Game of Thrones (H 189).

Eran Hadas comes to Caltech as an artist-in-residence through the Israel Institute, which is dedicated to enhancing knowledge of modern Israel. Hadas works at the rare intersection of poetry and computer science. Hailing from Tel Aviv, he creates software that writes poetry and text, taking input from the Internet. He's built software and robots that explore the interaction between humans and machines. And he once concocted a fictional poet named Tzeela Katz, in what he says is the biggest hoax in the history of Hebrew poetry.

This spring, he'll be introducing Techers to computational literature, covering the evolution of poetry and poets from the end of the Romantic era until 2045, when futurist Ray Kurzweil predicted the singularity—the point at which artificial intelligence and technology surpasses human capabilities (En 87). Students will also create their own forms of non-expressive poetry.

Science is never done in a vacuum, and with discovery and knowledge come profound social, philosophical, and ethical implications. Aleta Quinn focuses on the history and philosophy of biology, and she is interested in how social values fit in with science—especially in conservation and biomedicine. She was previously a distinguished research fellow at the Notre Dame Institute for Advanced Study and guest faculty at Notre Dame.

Now at Caltech as the Ahmanson Postdoctoral Instructor in Philosophy of Science, Quinn will be teaching environmental ethics in the fall (Hum/Pl 43). Students will tackle a variety of interesting questions: Why is it wrong to cause extinctions? Why are some species more valuable? Should we clone a woolly mammoth? In the winter, Quinn will teach philosophy and biology (HPS/Pl 130) and bioethics (HPS/Pl 183), touching on issues ranging from abortion and euthanasia to genetic modification and the use of human and nonhuman subjects.

Mobbs will teach two classes in the spring. The first is an introductory course on cognitive neuroscience, in which he'll cover the connections between the brain, the mind, and behavior (Psy 13). The class will also explore the philosophical issues of free will, death, and morality. Students can go deeper into the neuroscience of emotions in his course on affective neuroscience (SS 250). Researchers have made progress in understanding the neural systems behind more complex emotions like guilt, envy, empathy, and social pain. From reading and discussing journal articles, students will be introduced to the latest discoveries in the field and learn how anxiety, aggression, and psychopathy disorders disrupt neurobiological systems.

Also coming west is Luciano Pomatto, a new assistant professor of economics, who was most recently a postdoc at Yale University. As a theorist, he's interested in understanding economic interactions in situations of uncertainty. In the winter term, he'll introduce students to algorithmic economics with Caltech's Federico Echenique (CS/SS/Ec 149), preparing Techers to do research in social and information sciences. The class will cover topics such as algorithmic game theory and mechanism design, auctions, and matching markets. Pomatto and Echenique will also be teaching an advanced course on economic theory (SS 211c).

For graduate students in the social sciences, Pomatto will cover the fundamentals of utility theory, game theory, and social choice theory in a class on the analytical foundations of social sciences (SS 201c). Students will learn how those basic theories are used in a variety of applications, including electoral politics, market trading, bargaining, and auctions.

Click here for a complete schedule of course offerings in HSS this year. 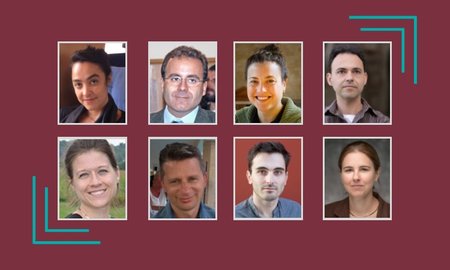 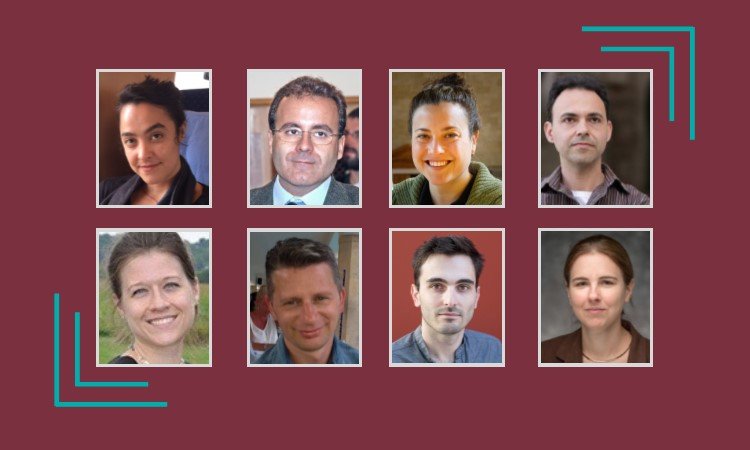