Mapping Intelligence in the Brain

PASADENA, Calif.-- Neuroscientists at the California Institute of Technology (Caltech) have conducted the most comprehensive brain mapping to date of the cognitive abilities measured by the Wechsler Adult Intelligence Scale (WAIS), the most widely used intelligence test in the world. The results offer new insight into how the various factors that comprise an "intelligence quotient" (IQ) score depend on particular regions of the brain.

All of the patients had some degree of cognitive impairment from events such as strokes, tumor resection, and traumatic brain injury, as assessed by testing using the WAIS. The WAIS test is composed of four indices of intelligence, each consisting of several subtests, which together produce a full-scale IQ score. The four indices are the verbal comprehension index, which represents the ability to understand and to produce speech and use language; the perceptual organization index, which involves visual and spatial processing, such as the ability to perceive complex figures; the working memory index, which represents the ability to hold information temporarily in mind (similar to short-term memory); and the processing speed index.

The researchers first transferred the brain scans of all 241 patients to a common reference frame, an approach pioneered by neuroscientist Hanna Damasio of the University of Southern California, a coauthor of the study. Using a technique called voxel-based symptom-lesion mapping (a voxel is the three-dimensional analog of a pixel, and represents a volume of about 1 cubic millimeter), Adolphs and his colleagues then correlated the location of brain injuries with scores on each of the four WAIS indices.

"The first question we asked was if there are any parts of the brain that are critically important for these indices or if they are very distributed, with intelligence processed globally in a way that can't be mapped," Adolphs says. With the exception of processing speed, which appears scattered throughout the brain, the lesion mapping showed that the other three cognitive indices really do depend on specific brain regions.

Somewhat surprisingly, the study revealed a large amount of overlap in the brain regions responsible for verbal comprehension and working memory, which suggests that these two now-separate measures of cognitive ability may actually represent the same type of intelligence, at least as assessed using the WAIS.

The details about the structure of intelligence provided by the study could be useful in future revisions of the WAIS test so that its various subtests are grouped on the basis of neuroanatomical similarity rather than on behavior, as is the case now.

In addition, the brain maps produced by the study could be used as a diagnostic aid. Clinicians could combine the maps with their patients' Wechsler test results to help localize likely areas of brain damage. "It wouldn't be sufficient to be diagnostic, but it would provide information that clinicians could definitely use about what parts of the brain are dysfunctional," Adolphs says.

The converse--using brain-scan results to predict the IQ of patients as measured by the Weschler test--may also be possible. Although the results wouldn't be as clear-cut as they are in patients with brain lesions, Adolphs says, "you could take a large sample of healthy brains and measure the relative volumes of specific brain areas and draw some associations with these IQ factors."

The paper, "Lesion Mapping of Cognitive Abilities Linked to Intelligence," appears in the March 12 issue of Neuron. The work was supported in part by the Akademie der Naturforscher Leopoldina, the National Institutes of Health, and the Gordon and Betty Moore Foundation. 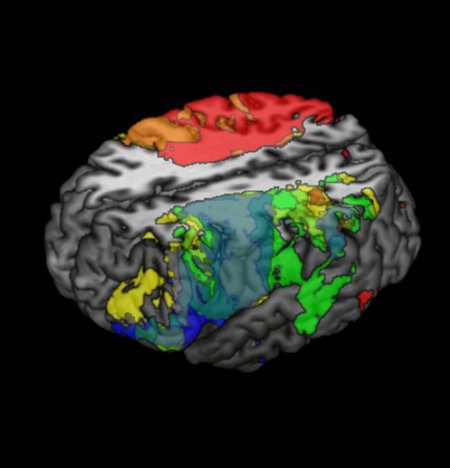 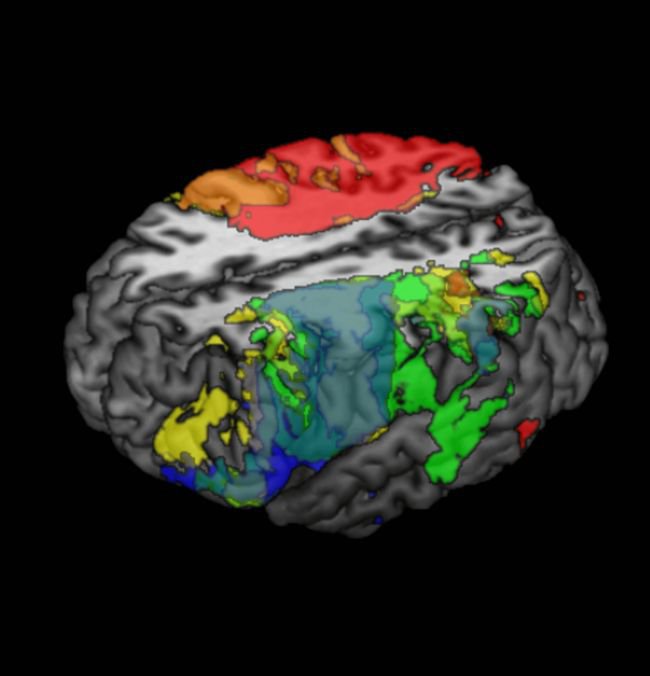