Skip to main content
HSS Home  /  News & Events  /  News  /  For Love or Money: Marriage and Economic Development in the Past

For Love or Money: Marriage and Economic Development in the Past

Getting married and moving out of your parents' house may be key to your personal economic development, but are marriage patterns key to an entire society's development as well? Professor of Social Science History Tracy Dennison tells us what love's got to do with it at 8:00 p.m. on Wednesday, January 30, 2013, in Caltech's Beckman Auditorium. Admission is free.

A: I'm interested in the way societies worked in the past, and how the complex of rules that governed a society and its markets affected the decisions ordinary people make. Not just economic transactions, but where to live, when to marry, how many children to have. Whether to live with your in-laws or strike out on your own.

We imagine that the modern world after the industrial revolution is a sharp break with the past. But many things we associate with "modern" society are quite old. In England, the "nuclear" household—parents and children, no grandparents, no cousins—goes back to at least the 15th century, and people married surprisingly late. Age 25 or 26 for women and 28 for men, in a society where your life expectancy at birth was in the low 30s. But if you managed to survive childhood, you were pretty likely to get to your 50s or 60s.

Since England and the Netherlands, which also had late marriage and nuclear-family households, were economically precocious, many people think those places had some set of virtuous cultural norms that translated into rapidly developing economies. But when we look more closely, we find that other parts of Europe had that same marriage pattern and no economic growth. So the marriage pattern is not a silver bullet.

Instead, family patterns fit into larger social and economic structures. In a society with more economic opportunities, people are less dependent on their kin. A maiden aunt in England could earn a living on her own as a wage laborer and have an independent household. But in a place like Russia the family played a much larger role in providing for her welfare because landlords, communes, and guilds constrained her participation in the economy. Not surprisingly, larger, multigenerational families were more common in premodern Russia.

Q: How do you discover this sort of thing?

A: I do most of my research in Russia, where serfdom didn't end until 1861. Every landlord ran his estate as he saw fit, and that included running the villages on his land. The rules and regulations differed from estate to estate, so there's a lot to compare. And they kept really, really detailed records—I mean, really detailed records. We know what people's occupations were, whether they paid their taxes punctually, and whether there were any conflicts with other members of the society. I work with censuses and land surveys, petitions to the landlord, and various reports from the estate management. There was even a court system of sorts, so there are transcripts in which you hear the peasants' own voices. There was usually a literate peasant who worked as a scribe. Usually the estate's bailiff was chosen from among the peasantry, and that person would have been literate as well.

The back rooms of the regional archives are filled with bundles of papers. It's often old, acidic paper that crumbles in your hands when you touch it, but if the archivist determines that the document's in decent shape, you can take it out to the reading room. Then you try to decipher the handwriting, which changes quite a bit from generation to generation. And because the region was so poor, they often reused the paper, and there's writing on top of writing—two sets of script, and you have to figure out which one's newer by the style of the handwriting. Trying to read the one underneath is pretty exciting.

Q: How did you get into this line of work?

A: I came to it in a roundabout way. I did Russian literature as an undergraduate, and I went to Russia with the idea that if I was going to be a graduate student in literature I had to learn Russian properly. But I was so struck by the society itself—why it was the way it was, and how it got there—that I got interested in history.

The past is not a foreign country. People then were very much like us—they worked, they socialized, they fell in love, they got married, they had children. They just had to do these things in much harsher conditions. You can look at what seems to us like very odd behavior and say, "Wow, they had weird ideas." We look more closely and say, "Oh. They're marrying young and staying home because of the very harsh penalties for not doing so. It's not because they loved having kids while living with all their relatives." If they're farming with really primitive tools, we can see this as a response to the cost of adopting new technology, or to the policy of a landlord who confiscates any surplus you produce. It wasn't a lack of interest or creativity; in fact, people were pretty creative at improving their lives.

There is this impression of ordinary people in the past—not the kings and queens, not the rich people—that they prayed, they accepted their lot, they were fatalistic. That is not what we see. We see people struggling against the constraints of their world all the time.

Named for the late Caltech professor Earnest C. Watson, who founded the series in 1922, the Watson Lectures present Caltech and JPL researchers describing their work to the public. Many past Watson Lectures are available online at Caltech's iTunes U site. 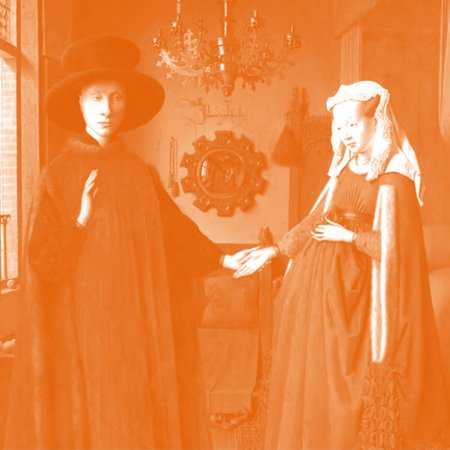