James "Jim" P. Quirk, a former professor of economics at Caltech noted for his research into the economics of sports, died in June 2020, the Institute has recently learned. He was 93.

He arrived at Caltech as a professor of economics in 1971, the same year he published "An Economic Model of a Professional Sports League," which he co-authored with Mohamed El-Hodiri, a professor of economics at the University of Kansas. The paper looked at the economic structures of professional sports to examine whether they should be exempt from antitrust regulations.

It was one of many papers Quirk published concerning the economics of sports, though his academic interests were varied. He also authored economics papers on space-station design, defense contracting, dams and reservoirs, boxing regulations, nuclear power, and capital gains.

He was part of a group of Caltech professors, along with Charles R. Plott, the William D. Hacker Professor of Economics and Political Science, who pushed for the creation of a PhD program in economics. The program was established in 1972.

"Jim was an architect of Caltech's HSS Division who influenced all of the early faculty hires and the content of instruction," Plott says. "His research developed areas of economic theory for conditions where only limited measurements are available and in particular, produced fundamental features of stability for cases where only the signs of changes are observable. Throughout the 1980s, his research and textbooks led the transition of economics into modern mathematical economics, and his work with students was important for the development and success of the social sciences at Caltech."

Quirk retired from Caltech in 1987.

He was a longtime fan of the University of Minnesota Golden Gophers football team and the University of Kansas Jayhawks basketball team. He also loved jazz and played the coronet in several jazz bands, recording an album with the Salty Dogs Jazz Band, and led the Dungeness Traditional Jazz Band from 2002 to 2013. 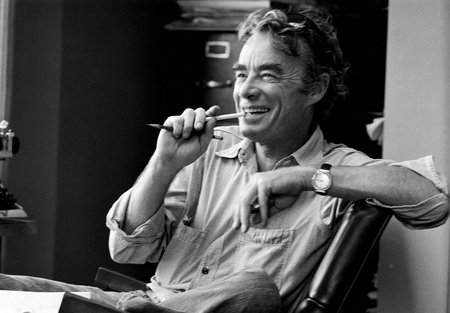 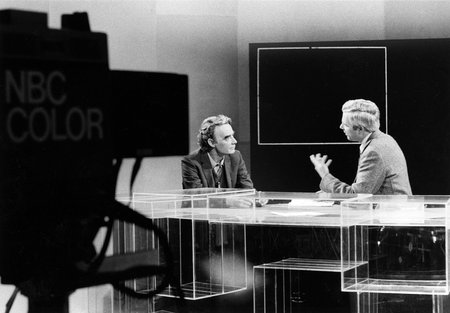 James Quirk during an appearance on NBC in 1973, when he shared his research on the business of baseball. Credit: Caltech
Image Lightbox
Subscribe
The Caltech Weekly