Human Fear and the Social Brain: A Conversation with Dean Mobbs

Dean Mobbs, a new assistant professor of cognitive neuroscience, studies what happens in our brains when we interact with others and when we are under threat. Mobbs, a native of Kettering, England, received his PhD from University College London and was an assistant professor at Columbia University before arriving at Caltech this fall. Having once worked as a research assistant at Stanford University, Mobbs is no stranger to the West Coast. We sat down with him to discuss the difference between fear and anxiety, the idea of safety in numbers, and his return to California after 12 years.

What is your research focus within neuroscience?

I focus on two areas. The first is using brain imaging to study neural responses to ecologically defined threats. We use fMRI [functional magnetic resonance imaging] and virtual games to put people in various situations—for example, one where they have to escape from a virtual predator, or where a predator is absent, but could appear at any time. These studies show that a potential threat—something that may happen in the near or distant future—evokes neural circuits associated with anxiety. This is in contrast to when a subject is presented with a threat that is present, which evokes different neural circuits that are associated with fear.

We also study the neural basis of social interaction—what happens when you place people into a social environment and how that alters their emotions. Animals live in groups, which is the most common way to protect yourself as an animal. In ecology, this is called risk dilution—or, simply put, "safety in numbers." So we study situations when people are under threat alone versus when they are with two and three other people. We've looked at groups as large as 15 people, and we find that the larger the group, the less fear people feel when they are in threatening situations.

For many years, I was working as a house painter in the United Kingdom. Coming from a working-class background, my younger brother—a psychiatrist in Oregon—and I are the only ones in my family who have gone to university. Therefore, my path has been defined as overcoming negative expectations and navigating a system that was closed to people of my geography and class.

I returned to school in my mid-twenties, obtaining a bachelor's degree in psychology from the University of Birmingham. This was followed by a research assistant position at Stanford University, studying neurogenetic disorders. In particular, I was looking at people with Williams Syndrome, which is characterized by an extreme propensity to be social despite other developmental deficits like low IQ. I then did my PhD at University College London where I studied the neural basis of emotion. I followed my PhD with a postdoctoral fellowship at the Medical Research Council in Cambridge, and was also a research fellow at Clare Hall in the University of Cambridge.

After my PhD, I continued to refine my research question concerning the neural basis of ecologically defined threats. We looked at the neural effects of distant threats versus close ones—for example, tarantulas—how people "choke" or make mistakes under pressure, how envy increases our enjoyment at others' misfortunes, and the neural basis of vicarious reward or why we find it rewarding to see others win money.

My path through neuroscience was motivated because I fell in love with clever experiments in social psychology and affective science. That was around the time when psychology was becoming more biological because of brain imaging. Since I've been a PI, I have been merging these fields.

What excites you about being at Caltech?

What excites me about Caltech is the intellectual environment. It's a joy to work here. I am also excited by the approaches that the economists take. In my opinion, the best social neuroscience research takes an economic approach, because it uses well-established economic models and game theory, and applies mathematical models to decision-making processes. Coming from a psychology background, I have the opportunity to interact with people who have different ways of thinking about these questions and take a broad approach to decision making—researchers in political science, psychology, neuroscience—and to bounce ideas off of a rich, diverse pool of people.

What do you like to do in your free time?

I have a 17-month-old daughter at home so mostly I am enjoying being a father. I also love taking trips to explore California; it is truly an amazing part of the world, and I don't think I've stopped smiling since I've arrived. 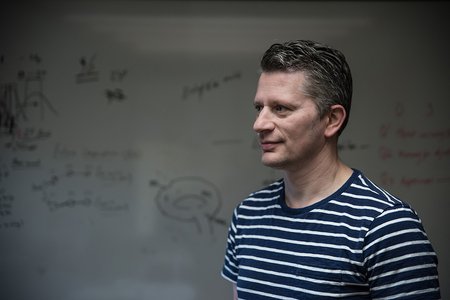 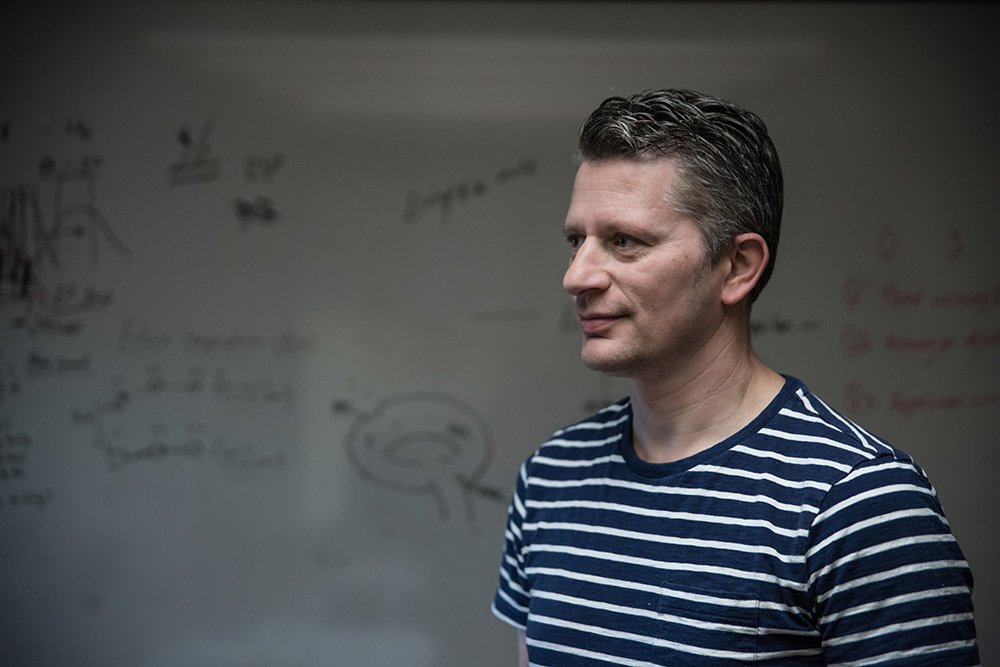