Deep inside all matter in the universe, electrons are buzzing around and behaving as if they are twirling around on their axes like spinning tops. These "spinning" electrons are fundamental to quantum physics and play a central role in our understanding of atoms and molecules. Other subatomic particles spin, too, and the study of spin has technical applications in the fields of chemistry, physics, medicine, and computer electronics.

But many physicists will tell you that electrons are not really spinning—they merely act like it. For example, electrons have angular momentum, which is the tendency of something to keep rotating—like a moving bicycle wheel or a spinning skater—and because they have this property, one might conclude they are spinning. Further evidence comes from the fact that electrons act like little magnets, and magnetic fields arise from rotating charged bodies.

The problem with the notion that electrons spin is, due to their miniscule size, the electrons would have to be spinning faster than the speed of light to match observed angular momentum values. (Think of an electron like a spinning skater with their arms folded inward: the smaller the overall size, the faster it spins.)

Chip Sebens, assistant professor of philosophy at Caltech, wants to go back to the drawing board and rethink this notion. As a philosopher of physics, he wants to figure out what is really going on at the deepest levels of nature.

"Philosophers tend to be attracted to problems that have been unsolved for a really long time," Sebens explains. "In quantum mechanics, we have ways of predicting the results of experiments that work very well for electrons and account for spin, but important foundational questions remain unanswered: Why do these methods work and what's happening inside an atom?"

To that end, Sebens has made arguments for why he thinks electrons and other subatomic particles are, in fact, spinning. The answer has to do with fields.

In nature, there are both particles and fields. Physicists tend to think that fields are more fundamental than particles, but philosophers of physics still debate which entity is more fundamental. For example, light might be described as a beam of photons or as a wave in the electromagnetic field. This area of science is called quantum field theory. The late Richard Feynman, Caltech physicist and Nobel Laureate, worked on aspects of this theory by creating his famous Feynman diagrams, which map out interactions between particles like electrons and photons, indirectly describing fields. "Quantum field theory is the best physics we have," Sebens says.

In several studies, including a recent paper in the journal Synthese, Sebens outlines why he thinks an electron is not a point-size particle that merely acts like it is spinning but rather is a spread-out blob of charge that truly rotates. Going back to the ice skater analogy, the electron is instead like a skater with their arms spread outward.

The research is part of an overall effort by Sebens to answer the question of whether nature is, at the root, built from fields or particles. In the same Synthese paper, Sebens argues that fields are more fundamental in nature.

Part of his argument is based on spin. As mentioned above, a field approach makes sense of the confusion that arises with rotating electrons. He also argues that the field approach helps with another important question regarding electrons: How do electrons respond to the electromagnetic fields that they create? If the electron is a point-size ball of charge, the field it creates is infinitely strong at the electron's location. This means the field would have no defined direction and thus no defined forces, which leads to problems in calculating the forces. But if the electron is instead an extended field of charge, the forces on the different parts of the electron would be finite with well-defined directions.

"This makes the self-interaction problem less severe," writes Sebens in an Aeon essay on the fundamental building blocks of nature. "But it is not solved. If the electron's charge is spread out, why don't the various parts of the electron repel one another so that the electron rapidly explodes?"

Sebens is addressing this self-repulsion problem in his ongoing research. The answers to this and other problems he is investigating may ultimately lead to new and better ways to calculate and measure quantities in quantum physics. The work may even lead to new ways to answer an ongoing question in quantum physics called the quantum measurement problem. When measuring a quantum system, such as an electron in a state of superposition (in two states at once), the system will collapse and the electron will assume one state or another. Physicists still debate why this occurs. Research into the fundamental underpinnings of how particles and fields work may help settle the mystery.

Writes Sebens in the Aeon essay, "Sometimes progress in physics requires first backing up to reexamine, reinterpret and revise the theories that we already have. To do this kind of research, we need scholars who blend the roles of physicist and philosopher, as was done thousands of years ago in Ancient Greece." 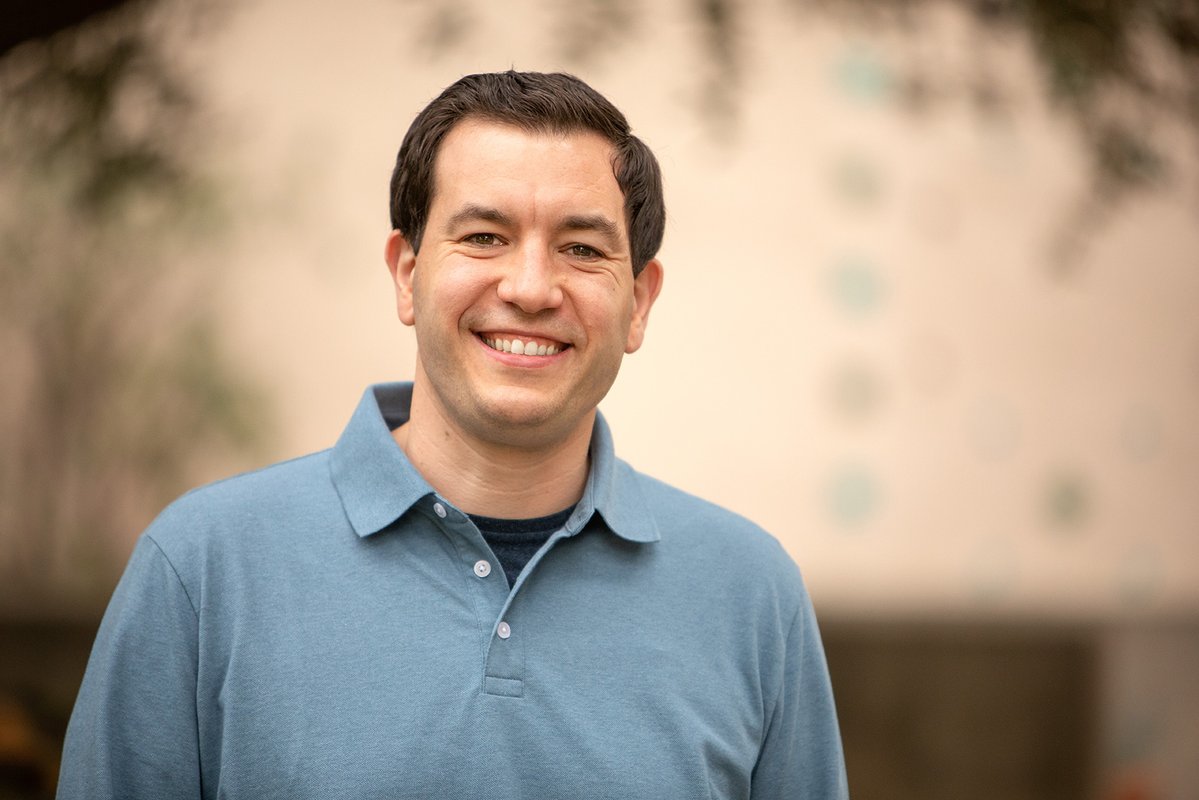