Will Peterson (BS '02) was offered the chance every lawyer dreams of, to argue before the Supreme Court, but the former software engineer had less than four months to prepare his case.

When Peterson heard that a Supreme Court Justice was on the phone for him, he instinctively stood up and straightened his tie. Looking out the window of his Houston office, the 35-year-old attorney held the phone quietly for a few moments before Justice Antonin Scalia came on the line: A case was coming up, and the government had opted not to defend its position. Would Peterson be interested in arguing the case in their stead?

One week later, it was formally announced that Peterson would be presenting oral arguments before the nation's highest court—with less than 120 days to prepare.

The law might seem an unexpected career path for a Techer, but Peterson attributes part of his interest to J. Morgan Kousser, the William R. Kenan, Jr., Professor of History and Social Science at Caltech—specifically his class on the Supreme Court. "He made the justices approachable," Peterson said. "We understood the personalities, gained a sense of constitutional issues, and learned how to read the Court's opinions."

Kousser remembers long talks with Peterson on a number of subjects. "We disagreed politically on almost everything," Kousser laughed. "But we both came away having thought through our positions much more fully. He's one of the most memorable students I've ever learned from."

When Peterson went on to become a software developer for Microsoft, he continued to read court opinions out of interest, and soon decided to return to his home state and enter law school at the University of Texas at Austin. After graduating in 2008, he received coveted posts as a law clerk, first to Fifth Circuit Judge Edith Jones and then to Supreme Court Justice Clarence Thomas. He then joined the Houston-based law firm Beck Redden LLP, which specializes in complex civil trials and appeals.

The case Peterson was drafted on to, Reyes Mata v. Lynch, was a technical one revolving around immigration and jurisdiction.

When Noel Reyes Mata, an undocumented immigrant, was ordered deported, he appealed, first to the Board of Immigration, and when that failed, to the Fifth Circuit—but that court held that it lacked jurisdiction on the issue.

Reyes then appealed to the Supreme Court last fall. "The question essentially was: Did the Fifth Circuit have authority to reopen Mata's case or not?" Peterson said. While the Fifth Circuit said no, the government took the unusual stance of deciding not to defend its position.

Enter Peterson. "I did not have a client. My role was amicus curiae, or 'friend of the court,'" Peterson said. "My responsibility was to provide the justices with the strongest arguments for affirming the Fifth Circuit's judgment."

Of course, to do that, Peterson would have to learn everything about the case—in less than four months.

Defending a judgment that the government has abandoned is usually a losing battle, and indeed, the Supreme Court held 8-1 that the Fifth Circuit was in error and did in fact have jurisdiction. Mata himself may not be out of the woods—the case now heads back to the lower court for further rulings.

For Peterson, though, the experience was the opportunity of a lifetime. In a footnote to her opinion, Justice Kagan expressed the Court's gratitude that Peterson "ably discharged his responsibilities." Peterson believes that his Caltech education has in many ways contributed to his success.

"The law requires a very structured way of thinking, not unlike programming," he said, before pausing a beat. "Reconnecting with Caltech always reminds me that I'm not actually a successful lawyer, but instead just a failed engineer." 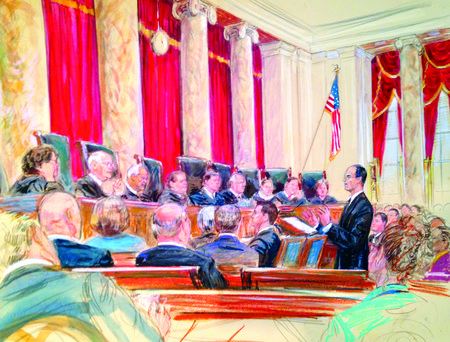 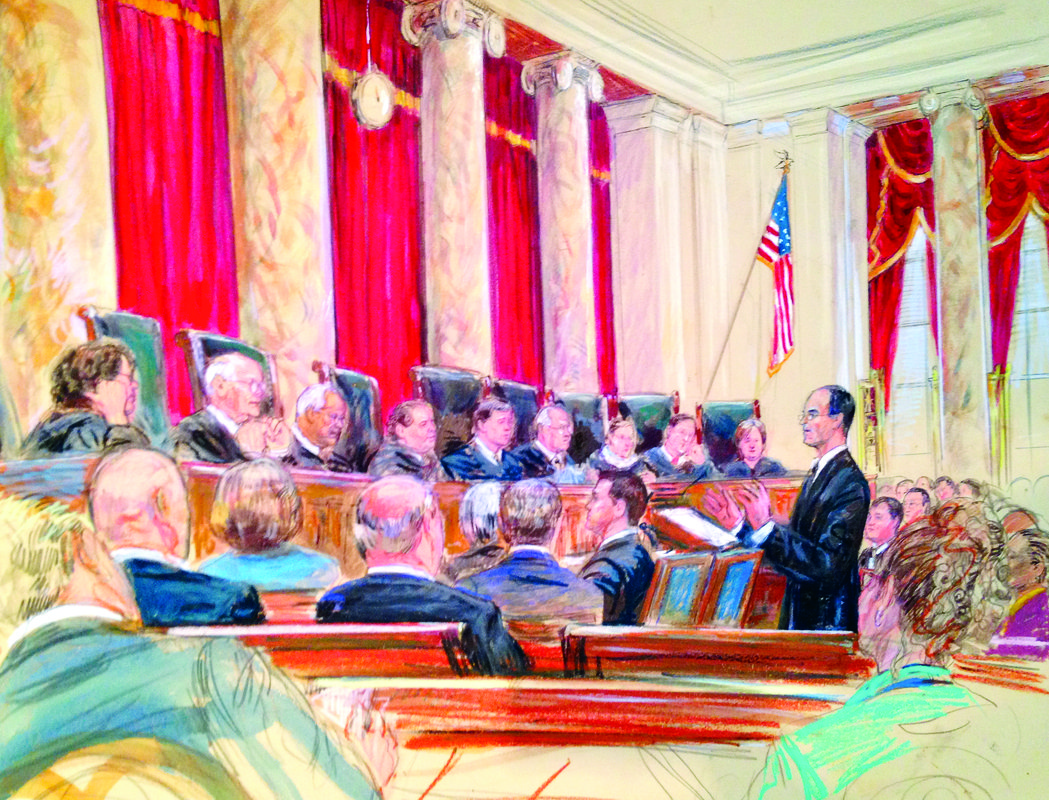