Congratulations to the 2018 HSS Prize Winners

It's that time of year again, when the Division of the Humanities and Social Sciences celebrates the accomplishments of our talented undergraduate and graduate students. We are pleased to present the 2017-2018 prize winners…

The Mary A. Earl McKinney Prize, established in 1946 by Samuel P. McKinney, promotes proficiency in writing and is awarded for the best original poetry and fiction. This year, the humanities faculty awarded the McKinney Prize to freshman Laura Hu for her poem, "Image of a Dragonfly," and senior Timothy Liu for his prose fiction, "iLost: A Tale for our Time."

Junior Reeti Gulati was selected as the winner of the Hallett Smith prize, which recognizes an outstanding essay related to the work of Shakespeare. Her winning essay is entitled, "The Role of Human Emotion and Character in Shakespeare's Othello vs. God and Heaven in Cinthio's ‘A Moorish Captain.'"

The 2018 Alexander P. and Adelaide F. Hixon Prize for Writing was awarded to freshman Galilea von Ruden, who was nominated by J. O. and Juliette Koepfli Professor of Philosophy Christopher Hitchcock for her essay "Why the Turing Test Revised is Still the Turing Test."

Senior Tristan Murphy was selected as the recipient of the 2018 Rodman W. Paul History Prize. Established in 1986, this prize is awarded to a junior or senior who demonstrates a keen interest in the past.

The Eleanor Searle Prize honors an undergraduate or graduate student whose work in history or the social sciences exemplifies Searle's interests in the use of power, government, and law. This year, the honor went to senior Roohi Dalal.

The social science faculty committee selected Shiyu Zhang as the 2018 recipient of the John O. Ledyard Prize for Graduate Research in Social Science. This prize rewards a social science or social and decision neuroscience graduate student for having the best second-year paper.

Congratulations to the winners, and to everyone in the class of 2018! 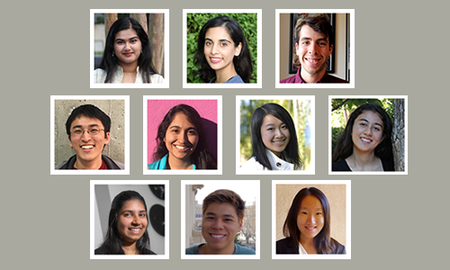 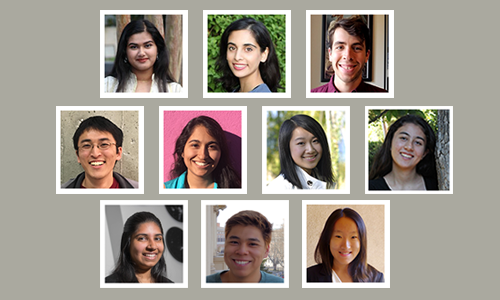