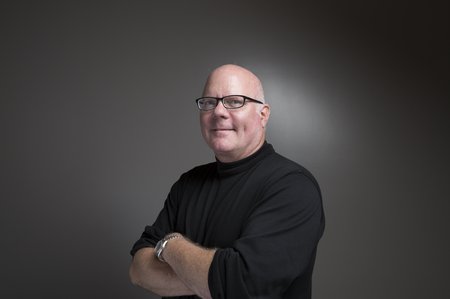 Colin Camerer, a behavioral economist at the California Institute of Technology whose work integrates psychology with economics experiments to understand how people behave when making decisions, has been named a MacArthur Fellow and awarded a five-year, $625,000 "no strings attached" grant. Each year, the John D. and Catherine T. MacArthur Foundation awards the unrestricted fellowships—popularly known as "genius grants"—to individuals who have shown "exceptional creativity in their work" and "manifest promise for important future advances," according to the foundation.

The MacArthur Foundation describes Camerer as a "pioneering economist whose research challenges assumptions about human behavior in the traditional models used by economists."

"I am thrilled to be honored by the foundation," says Camerer. "Their choice recognizes the importance and promise of using psychology, and now neuroscience, to do better economics."

"Colin's MacArthur Fellowship is well deserved," says Jonathan Katz, Kay Sugahara Professor of Social Sciences and Statistics and chair of the Division of the Humanities and Social Sciences. "He helped found the now-established field of behavioral economics, showing how fundamental understanding of human psychology can help improve our models of economic behavior, and he continues this exciting work by looking at the intersection of economics and neuroscience to open up the black box of economic decision making."

Behavioral economics, Camerer explains, combines the best ideas and methods from economics, psychology, and, most recently, neuroscience, to better understand choices people make. "The brain is computing an economic number—how much you like a new restaurant, whether a football team will win, whether a person is friend or foe," he explains. "We create theories that detail this neural computation, express it in math, and then predict what people do. When we eventually understand a lot more about the neural computations, we can help treat people with disorders—they're like broken software—make neural nudges to improve decisions, help companies organize work, and much more."

A key aspect of Camerer's work is his novel application of technologies such as electroencephalography and functional magnetic resonance imaging (fMRI) to economics experiments, positioning him as a leader in the emerging field of neuroeconomics. In recent work, he has used these and other instruments to probe the psychological underpinnings of financial bubble markets and Monday-morning quarterbacking (a phenomenon known as 20/20 hindsight bias) and to identify the brain regions that govern fear of the economic unknown.

Camerer already has some idea of what he'll do with the unrestricted funds. "I'll share with family, especially my sister who feeds poor people in Detroit," he says. "Then I'll push back against the science sequester by funding some really adventurous research, like replicating earlier studies—that's unglamorous and hard to fund, but it's crucial for really finding out where the science is rock solid—and then use the money as backup funding when necessary and prudent. For example, we have a grant that was highly rated by the National Science Foundation to do ongoing work on the neural basis of price bubbles, but it is in limbo due to the sequester cutbacks. So I will just start funding some of it to keep going."

Camerer, who is a fellow of the American Academy of Arts and Sciences and of the Econometric Society, becomes Caltech's 17th faculty member to be given a MacArthur Fellowship, joining recent awardees Sarkis Mazmanian (2012), John Dabiri (2010), and Alexei Kitaev (2008).

For more information on the 2013 MacArthur Fellows, visit the foundation website at www.macfound.org.