Cause and Effect: An Interview with Frederick Eberhardt 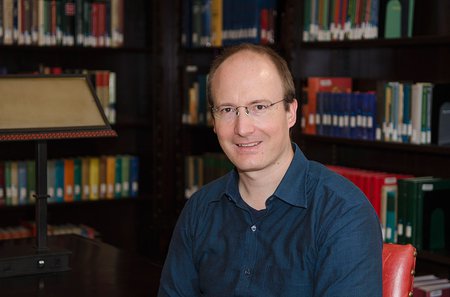 Determining cause and effect is complex and fraught with difficulty, from our intuitive—but often mistaken—sense of the causes of events in our daily lives to the perils of structuring and interpreting scientific experimentation. One problem with teasing apart these relationships is that there are many cause-and-effect sequences that we can only observe; we cannot meaningfully intervene, which may make it more problematic to test causal relations. For example, we did not come to know that the gravitation of the moon causes Earth's tides by removing the moon to observe how Earth's tides would be affected by its absence. Other means of establishing causality were required.

More bedeviling for anyone seeking to find an accurate causal sequence is how often we observe things that look like causal relations but are only correlations—that is, variables that change (or seem to change) in relationship to one another but are not causally related. If you catch four colds this winter, you may recall that you went outside with wet hair before coming down with each one. This is a correlation. What you don't know—and what might require further reflection and experimentation—is whether the wet hair actually caused the cold.

Untangling causal relations and correlations is what Professor of Philosophy Frederick Eberhardt has come to Caltech to do. We recently spoke with him about how causal relations can be identified—and why they matter.

Why does causation matter?

Causal issues are everywhere. They're in policy, they're in medicine, they're in our basic sciences.

Can you give an example of a correlation that might not involve causation?

There's a big debate in philosophy over exactly what constitutes a causal relation.

To say one is the cause of the other, we presumably don't require that every time someone eats ice cream they go and drown. So it's only a weaker, probabilistic relation. But it may be more than just a probabilistic relation since, in this example, we think that there could be a common cause: such as good weather, which increases the probability of both ice cream consumption and drowning. If this is the case, it is the common cause that gives rise to the observed correlation. However, if we intervened to increase the consumption of ice cream while holding everything else fixed, and rates of drowning increased as well, then there would be good reason to think that we had identified a causal relation. So, a rather useful way to think about causal relations is that they support certain kinds of interventions.

Given how tricky it can be to establish causality in complex real-world systems, are there correlations for which you think a causal relationship is well established?

That smoking causes lung cancer is reasonably well established. This was not always obvious. Not every smoker died of lung cancer, right? Whether or not drinking red wine in reasonable amounts is related to less cardiovascular disease is not so clear yet. Climate change, of course, is another example. You see the debates about the causal relations involved in climate change and the extent to which we can establish them on the basis of the finite data that we have. Maybe we don't need to know the causes of climate change in order to predict what will happen, but it's crucial to know the causal relations in order to know whether your intervention is going to be efficacious.

Do you ever find it difficult to avoid confusing "causal" and "casual"?

It does happen, because, of course, spell checkers don't catch this. But I guess your fingers have a motor memory of what sequence the letters come in. Because of what I do, it's more likely that I will make a typo in an invitation to a party saying, "Please, it's causal clothing.

Are you planning to be the conscience of Caltech? Hovering over researchers' shoulders saying, "Not so fast!"

I think that's the risk of someone working in methodology, that they become the preacher. I don't want to be the preacher but rather get my hands dirty in the data as well. I try to develop algorithms that infer from one or many different data sets, the causal relations among the variables. These algorithms could prove useful to scientists attempting to ferret out the causal relations in their statistical data.

What attracted you to the position at Caltech?

If you ask other philosophers whether my work is philosophy, they might cringe a little bit and think that I fall more into a technical environment. I actually think these methodological questions about understanding the difference between causality and correlations are fundamentally philosophical problems. I think here at Caltech, this categorization of research topics just won't be an issue. I think people will hopefully see that what I do is relevant and that it matters to a lot of fields, and then who cares whether you call it "philosophy" or not? A lot of people write "interdisciplinarity" on their flag, but very few people do it. I am looking forward to working with some very bright students at Caltech who hopefully will share my disregard for disciplinary boundaries.

Will you be collaborating with other faculty at Caltech?

I hope to find other faculty and researchers here who in their own work have become interested in questions about causality and are keen to pursue those questions in collaborations, but projects like these will need time to develop.

Eberhardt was born in Guayaquil, Ecuador, because his parents—both biologists—were living on the Galápagos Islands. He grew up in Germany and received his B.Sc. in philosophy and mathematics from the London School of Economics before doing graduate work at Carnegie Mellon University, postdoctoral work at UC Berkeley and at Carnegie Mellon University, and taking on an assistant professorship at Washington University in St. Louis. He is joined in California by his wife, Minoli Ratnatunga, an economist at the Milken Institute in Santa Monica, and their young son, Gustav.