Captivated by Critters: Humans Are Wired to Respond to Animals 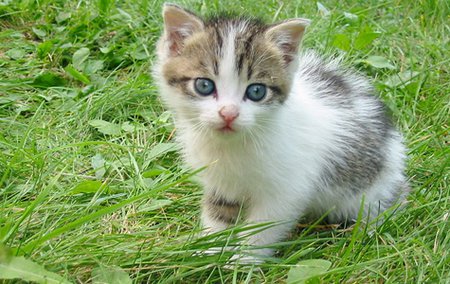 PASADENA, Calif.—Some people feel compelled to pet every furry animal they see on the street, while others jump at the mere sight of a shark or snake on the television screen. No matter what your response is to animals, it may be thanks to a specific part of your brain that is hardwired to rapidly detect creatures of the nonhuman kind. In fact, researchers from the California Institute of Technology (Caltech) and UCLA report that neurons throughout the amygdala—a center in the brain known for processing emotional reactions—respond preferentially to images of animals.

Their findings were described in a study published online in the journal Nature Neuroscience.

The collaborative research team was responsible for recruiting 41 epilepsy patients at the Ronald Reagan UCLA Medical Center; these patients were already being monitored for brain activity related to seizures. Using electrodes already in place, the team recorded single-neuron responses in the amygdala as study participants viewed images of people, animals, landmarks, or objects. The amygdalae are two almond-shaped clusters of neurons—cells that are core components of the nervous system—located deep in the medial temporal lobe of the brain.

"Our study shows that neurons in the human amygdala respond preferentially to pictures of animals, meaning that we saw the most amount of activity in cells when the patients looked at cats or snakes versus buildings or people," says Florian Mormann, lead author on the paper and a former postdoctoral scholar in the Division of Biology at Caltech. "This preference extends to cute as well as ugly or dangerous animals and appears to be independent of the emotional contents of the pictures. Remarkably, we find this response behavior only in the right and not in the left amygdala."

Mormann says this striking hemispheric asymmetry helps strengthen previous findings supporting the idea that, early on in vertebrate evolution, the right hemisphere became specialized in dealing with unexpected and biologically relevant stimuli, or with changes in the environment. "In terms of brain evolution, the amygdala is a very old structure, and throughout our biological history, animals—which could represent either predators or prey—were a highly relevant class of stimuli," he says.

"This is a pretty novel finding, since most amygdala research in the past was usually about faces of people and emotions related to fear rather than pictures of animals," adds Ralph Adolphs, a coauthor on the paper and Bren Professor of Psychology and Neuroscience and professor of biology at Caltech. "Nobody would have guessed that cells in the amygdala respond more to animals than they do to human faces, and in particular that they respond to all kinds of animals, not just dangerous ones. I think this will stimulate more research and has the potential to help us better understand phobias of animals."

The study is also a clear illustration of how scientists doing basic research can benefit from working with collaborators in a clinical setting and vice versa.

"This is a good example of how special situations in neurosurgery—in this case, patients who are treated in order to cure their epilepsy—can provide a unique window into the workings of the human mind," says Itzhak Fried, a UCLA neurosurgeon and a coauthor of the study.

"A category-specific response to animals in the right human amygdala" was featured online on August 28 as an advance online publication of Nature Neuroscience. The Caltech team was led by Christof Koch, Troendle Professor of Cognitive and Behavioral Biology, and included Julien Dubois, Simon Kornblith, Milica Milosavljevic, Moran Cerf, Naotsugu Tsuchiya, and Alexander Kraskov. Rodrigo Quian Quiroga and Matias Ison from the University of Leicester also contributed to the study.

The research was supported by the European Commission, the National Research Foundation of Korea, the National Institute of Neurological Disorders and Stroke, the G. Harold and Leila Y. Mathers Foundation, the Gimbel Discovery Fund, and the Dana Foundation.