"Kevin has demonstrated a keen interest and commitment to student welfare in and outside of the classroom," Caltech president Thomas F. Rosenbaum said when he announced Gilmartin's appointment. "He is an accomplished scholar and author who brings to his new position deep experience in teaching and mentoring students, notably being awarded Caltech's highest honor for teaching, the Feynman Prize. As dean of undergraduate students, Kevin bolstered the student orientation program, reconceptualized academic support services and policies, tirelessly tackled curricular and residential reforms, and thoughtfully built an effective management team. In his new position as vice president for student affairs, Kevin will expand his leadership role to holistically support and guide an enriching and inclusive experience for all our students, and to serve as an officer of the Institute."

"I welcomed the move from the humanities classroom to the undergraduate deans' office as an opportunity to support and work with students in new ways," says Gilmartin. "My years as dean have certainly fulfilled those expectations. What I have come to appreciate too is the extraordinary effort and commitment that goes into shaping the student experience at Caltech, particularly among student leaders and professional staff. I look forward to the opportunity to continue these important partnerships as VPSA."

Gilmartin is an expert on social and political developments in British literature and print culture during the 18th and 19th centuries, with a current focus on the study of shifting representations of rural poverty. He is the author of three books, and his articles have appeared in several edited volumes and in numerous journals.

"I am pleased that President Rosenbaum has chosen Kevin to lead Student Affairs," said Shepherd in a note to the Student Affairs group when he announced the transition. "For the past four years, he has been a leader within Student Affairs and his selection as VPSA will provide tremendous continuity in the operation of Student Affairs. Kevin and I have forged a close working relationship, and this will be strengthened over the coming months as we work in tandem to transition responsibilities while planning for fall 2020 and beyond."

Shepherd was appointed Caltech's vice president for student affairs in 2015 and, before that, served for six years as dean of graduate studies.

"Joseph Shepherd has represented the interests and concerns of our students with passion, honor, and brio for the past eleven years," Rosenbaum said in his message to the community. "Joe's unflinching determination to address complex issues and derive appropriate and far-reaching solutions have served Caltech extraordinarily well."

Notable among Shepherd's accomplishments, Rosenbaum said, are the launch of the Hameetman Center, a new hub for campus life, and the design and programming of the Bechtel Residence. In addition, he expanded the mission of the Career Development Center, created the Office of Residential Experience, enhanced Student Wellness Services, and established Caltech's first women's soccer team.

A search committee to find Gilmartin's successor as dean of undergraduate students will soon be constituted. 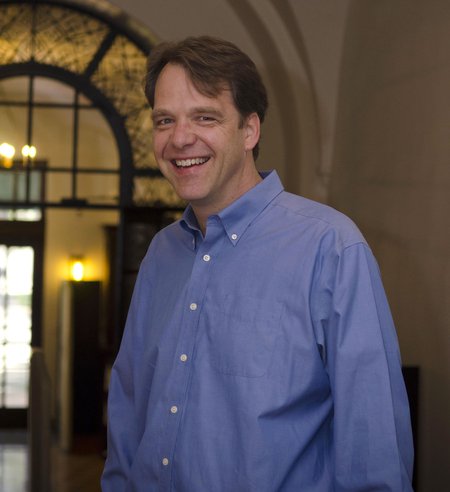