PASADENA, Calif.--Some parents of children with autism evaluate facial expressions differently than the rest of us--and in a way that is strikingly similar to autistic patients themselves, according to new research by neuroscientist Ralph Adolphs of the California Institute of Technology and psychiatrist Joe Piven at the University of North Carolina at Chapel Hill.

Adolphs, Bren Professor of Psychology and Neuroscience and professor of biology, and his colleague Michael Spezio (now at Scripps College in Claremont, California) collaborated with Piven and autism experts at the University of North Carolina to study 42 parents of children with autism, a complex developmental disability that affects an individual's ability to interact socially and communicate with others. Based on psychological testing, 15 of the parents were classified as being socially aloof.

"This manifests as a tendency not to prefer interactions with others, not to enjoy 'small talk' for the sake of the social experience, and to have few close friendships involving sharing and mutual support. This characteristic is really a variation of the normal range of social behavior and not associated with any functional impairment," says Piven, director of the Carolina Institute for Developmental Disabilities.

The parents participated in an experiment that measured how they make use of the face to judge emotions. The subjects were shown images depicting facial expressions of emotion that were digitally filtered so that only certain regions of the face were discernible--the left eye, for example, or the mouth. The subjects were then asked to decide as quickly as possible if the emotion depicted was "happy" or "fear." The part of the face shown, and the size of the revealed area, randomly varied from trial to trial.

An analysis of the subjects' correct responses revealed that "aloof" parents relied much more heavily on the mouth to recognize emotion than they did on the eyes, as compared to nonaloof parents and, to a greater extent, to a group of parents of children without autism. Prior studies by Adolphs and his colleagues have shown that humans normally evaluate emotions by looking at the eyes--but studies by Adolphs and Piven have shown that individuals with autism do not.

"We found that some parents who have a child with autism process face information in a subtly, but clearly different way from other parents," says Adolphs. "This is evidence for the hypothesis that the parents with the autistic child have brains that function somewhat differently as well"--an idea that he and other researchers are currently investigating through brain imaging studies. One area of interest is the amygdala, a region located on either side of the brain in the medial temporal lobe that is known to process information about facial emotions and may have abnormal volume in both autistic individuals and their nonautistic siblings.

The finding indicates that certain aspects of autism do run in families. Although such a genetic link was noted in the 1940s in the earliest descriptions of autism, "our study adds considerable specific detail to the story," Adolphs says.

"Our data strongly suggest that genetic factors make a substantial contribution to autism, but that does not mean that the entire cause of autism is genetic. Together with many other studies, our study argues that genetic factors play a very important role in autism, while leaving open a role for other, environmental factors," he says. "We hope that this research contributes toward a cure for autism, even if only indirectly."

"It may lead us to finding genes that are responsible for the face-processing component in autism," Piven adds.

"A very important part of our paper," stresses Adolphs, "is that we are not claiming all people with autism, or their parents, are 'impaired.' Instead, our study shows that parents who have children with autism--like the autistic subjects themselves--are different, and do things differently."

The paper, "Selective Face Processing Abnormalities in Parents of Autistic Children," will be published July 17, 2008, in the early online edition of Current Biology.

The research was funded by grants from the National Institutes of Health and by the Simons Foundation. 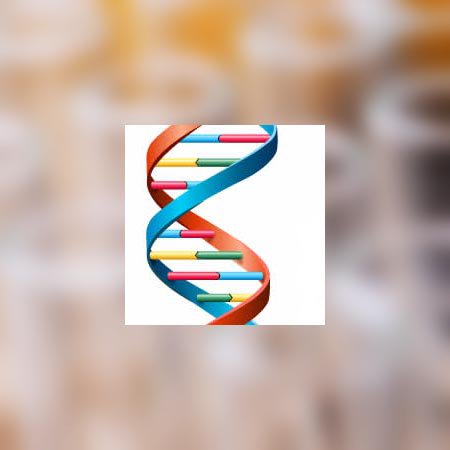