Burton H. Klein, professor of economics, emeritus, at the California Institute of Technology (Caltech) passed away on February 12 at a retirement home in Santa Barbara, California. He was 92.

An expert in dynamic economics, Klein was particularly interested in the economics of innovation and how it related to organizational structure.

Born October 16, 1917, in Minneapolis, Minnesota, Klein received both his AB (1940) and his PhD (1948) from Harvard. After stints with the U.S. Strategic Bombing Survey-where he worked with noted economist John Kenneth Galbraith on an overall economic assessment of the German mobilization prior to World War II-he became a staff member of the President's Council for Economic Advisors serving from 1948 to 1952.  Klein's work in Germany led to his 1959 book, Germany's Economic Preparations for War, a widely cited publication detailing that country's economic policies leading into the war.

Klein joined the RAND Corporation in 1952 and, in 1961, became head of RAND's economics department. He served as special assistant to the U.S. Secretary of Defense from 1963 to 1965, and in 1967 he joined Caltech as professor of economics. He became emeritus in 1983.

Klein also served as a consultant to the Bureau of Budget, the Arms Control and Disarmament Agency, the Brookings Institution, and the Swedish and Israeli governments.

At Caltech, Klein took lessons learned from other disciplines when looking at economic considerations. In his 1977 book, Dynamic Economics, he contrasted a static concept of stability with a dynamic concept. He argued that unpredictable behavior at the micro level leads to smooth progress at the macro level. And in his 1984 book, Prices, Wages, and Business Cycles: A Dynamic Theory, he provided a statistical demonstration of how the quest for micro stability, especially if aided by government, can lead to increasingly larger economic downturns.

"My basic thesis is that firms in industries that lack significant challenges become overcentralized, inflexible, and highly incapable of dealing with all kinds of negative feedback," said Klein when he spoke of his 1984 book. "This means that, instead of dealing with risks, they can transmit these risks to the public at large, especially if they are aided by the federal government."

His later interests were in explaining the particular behaviors necessary to assure the long-run survival of firms.

Klein continued his passion for writing long after his retirement. He was working on a new book at the time of his passing.

His family noted he also maintained his interest in current affairs and politics, even campaigning for Barack Obama at his retirement home.

An avid woodworker, Klein kept up his interest by crafting furniture and clocks. 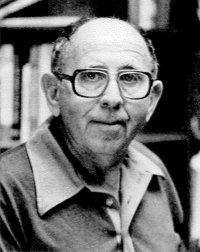