The Division of the Humanities and Social Sciences is proud to present the prize recipients for the 2018-2019 academic year.

Junior Brendan Hollaway was awarded the Hallett Smith Prize for his essay, "Impassioned Love and Marriage in Shakespeare's Comedies." The prize was established in 1997 to commemorate Professor Smith's long career as one of this century's most distinguished Renaissance scholars, and recognizes outstanding essays related to the work of Shakespeare.

Each year, the Gordon McClure Memorial Communications Prizes recognize undergraduate students for their academic writing in three categories: English, history, and philosophy. This year's winners are seniors Crystal Liang (English, "Recollected Sanity") and Nishad Maskara (philosophy, "Electromagnetism is Time Reversible and the Magnetic Field is a Dynamical Condition") and junior George Daghlian (history, "A History of Budgetary Politics in the United States"). Liang was also the recipient of the 2016-2017 Alexander P. and Adelaide F. Hixon Prize for Writing.

The humanities faculty chose junior Maria De Angelis (poem, "When I Learned to be Meek") and senior Mohar Chatterjee (prose fiction, "Prodigal") as the winners of the Mary A. Earl McKinney Prize in Literature. In 1946, Samuel P. McKinney established the award to promote proficiency in writing.

The Eleanor Searle Prize, which was established in 1999 to honor the late Edie and Lew Wasserman Professor of History, recognizes an undergraduate or graduate student whose work in history or the social sciences exemplifies Searle's interests in the use of power, government, and law. This year, the prize went to junior Rona Yu, and you can read more about her research here. Yu was nominated by Professor of History and Social Science J. Morgan Kousser.

For his composition, "The Spectre of Race," freshman Diego Olaya received the 2019 Alexander P. and Adelaide F. Hixon Prize for Writing.

Seniors Noah Huffman and Akshay Srivastava were selected by the social science faculty as the recipients of the David M. Grether Prize in Social Science for their outstanding performance and creativity in the social science options.

The John O. Ledyard Prize for Graduate Research in Social Science recognizes the best second-year paper by a graduate student in the HSS PhD program. In late June, the committee of social science faculty members selected Joanna Huey and Jeff Zeidel for their paper, "Plea Bargaining." 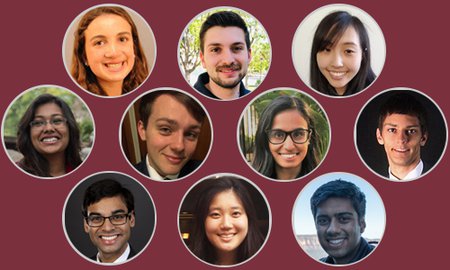 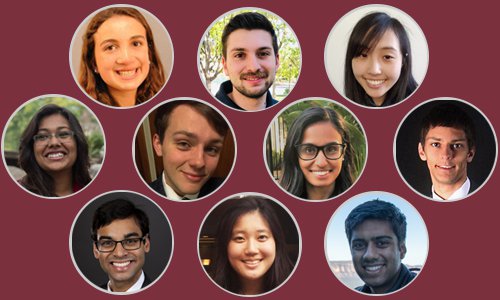