The Einstein Papers Project at Caltech has released the 16th volume of its massive scholarly collection of Albert Einstein's scientific and nonscientific writings and correspondence. The volume covers the period from June 1927 to May 1929 and contains 1,600 letters by and to Einstein, many more than contained in previous volumes. This is due in part to the fact that Einstein turned 50 on March 14, 1929 and received a flood of congratulatory wishes. Some of the documents in the new volume pertain to a birthday present Einstein cherished the most: a single-cabin sailboat, named Tümmler, which means porpoise in German.

For his 50th birthday, Einstein had only one wish, according to Diana Kormos-Buchwald, Caltech's Robert M. Abbey Professor of History and director of the Einstein Papers Project: "He wanted to avoid the press, the visitors, the fanfare, and the tributes. He escaped Berlin for the countryside," she says.

The new volume also includes scientific papers, poems, speeches, obituaries, and book reviews. In his writings on political and social issues, Einstein advocates for domestic legislative reform, gay and minority rights, European rapprochement, and conscientious objection to military service. During the time covered by this volume, he hired Helen Dukas as his assistant; she worked with Einstein until the end of his life and was instrumental in the preservation of his written legacy.

Einstein also learned that he had a severe heart ailment in 1928.

"In typical fashion, Einstein employed dark, self-deprecating humor to cope with his illness," write the editors. For example, in one letter he described himself as a weed, writing, "Now we'll see if weeds re­ally can be killed off or not." During his illness and recovery, Einstein's wife, Elsa, often engaged in correspondence with his colleagues, friends, and family, also included in this volume, and noted at some point that her husband had begun "to love his illness" because it allowed him to eschew some administrative and social responsi­bilities.

Among the scientific papers are six articles published in the proceedings of the Prussian Academy of Sciences that deal with unified field theory. Since the early 1920s, Einstein had been working on unifying gravitation and electromagnetism, the only two forces known to exist at the time, within a theory of relativity. Such a unified field theory, a phrase that Einstein coined, would describe a single field in which all forces and the properties of all particles are properly deduced. Thus, in the papers of this period, he aimed to discover whether one can derive the electron's equations of motion from its sur­rounding gravitational and electromagnetic fields. In June 1928, he realized how to put the rather novel and difficult geometry of distant parallel­ism to use for this project. He succeeded in de­riving, to first approximation in the field components, both the gravitational field equations of general relativity as well as an equivalent version of the classic electrodynamic Maxwell equations.

The Fifth Solvay Conference which convened in Brussels in 1927 and has been heralded as one of the most significant events in the history of quantum physics, took place during the period covered in Volume 16. But, Kormos-Buchwald says she and her colleagues found "precious few firsthand documents" about the legendary debate between Einstein and Niels Bohr that took place at the conference. In this argument, Bohr maintained that subatomic particles could only be described in probabilities until they were observed, while Einstein insisted that the particles must have a more concrete reality. In a letter to the physicist Hendrik Lorentz, Einstein wrote that he did not approve "of the purely statistical way of thinking on which the new theories are based" and was "still looking for a theory that is fully deterministic."

Kormos-Buchwald explains that documentation about the Einstein–Bohr debate is most likely missing because these conversations mainly took place at mealtimes or while the two were walking between the hotel and the Solvay conference venue. But she cites one letter from the physicist Paul Ehrenfest, who participated in the discussions. Ehrenfest described Bohr as coming out of the "philosophical smoke clouds constantly searching for the tools to crush one example after another," and he wrote that Einstein was "like a jack-in-the-box: jumping out fresh every morning. Oh, that was priceless."

There are several notable "firsts" documented in this volume. The first public statement by Einstein to be censored was his proclamation that he would definitely refuse direct or indirect military service and would try to convince his friends to do the same. The Czech authorities demanded that the offending text be blanked out. The volume also contains a letter in which he called himself an "antifascist" for the first time. The first press reports of his alleged forgetfulness are included as well, and in March 1929, Einstein first referred to himself as a "legend."

Volume 16 is dedicated to the memory of the late Rosy Meiron, who was part of the editorial team for many years and a staff member of Caltech's Division of the Humanities and Social Sciences for several decades before that. 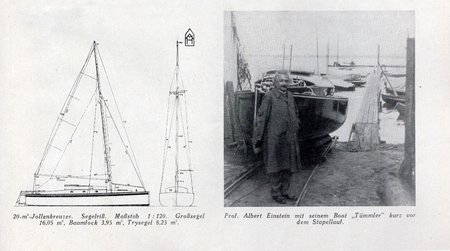 A drawing of Albert Einstein's cherished boat Tümmler, next to a photo of Einstein with the boat. Credit: Verein Freundeskreis Klassische Yachten, Kiel 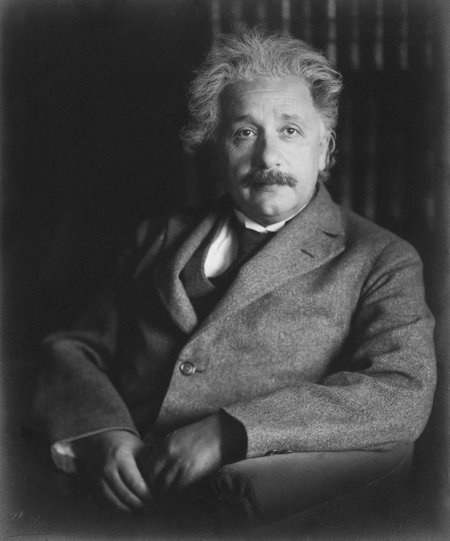 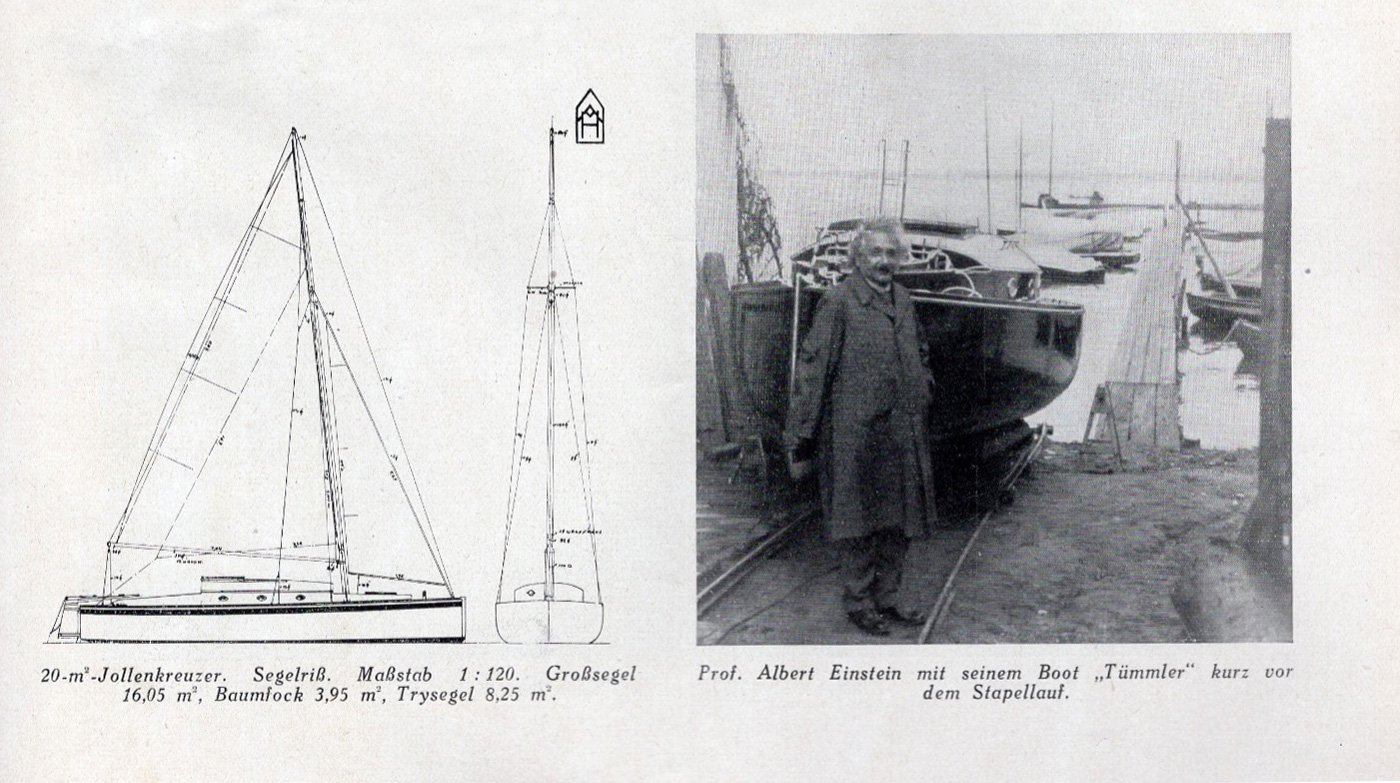 A drawing of Albert Einstein's cherished boat Tümmler, next to a photo of Einstein with the boat.
Credit: Verein Freundeskreis Klassische Yachten, Kiel
Download Full Image 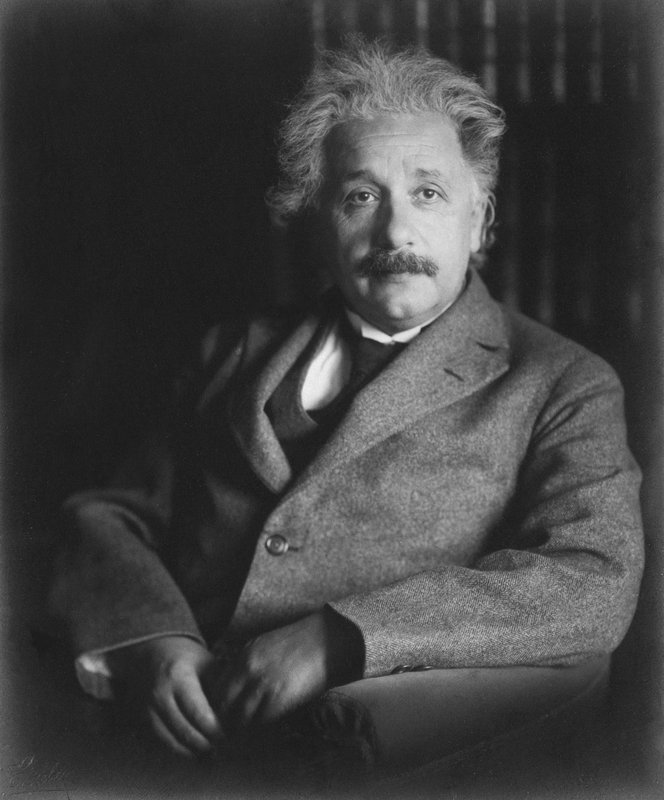 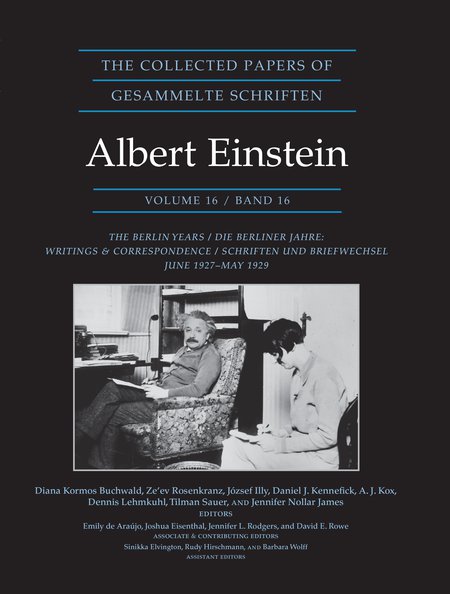 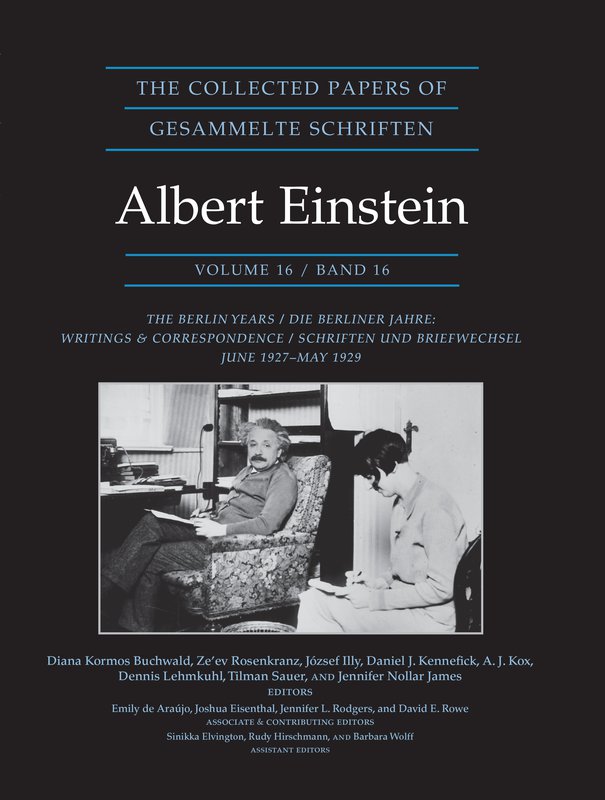