Social Science in the Time of COVID: A Conversation with Ralph Adolphs 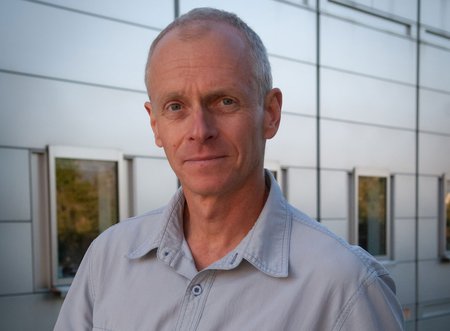 Editor's note: This piece is part of a continuing series on Caltech scientists who are researching the COVID-19 pandemic, each according to their own specialty. From biology, to chemistry, to social sciences, and computing, the keys to fighting the disease are waiting to be discovered.

In times of crisis and uncertainty, it is often a human tendency to look for someone to blame and fear as well as someone to trust and follow. Stress and uncertainty also cause a range of emotions and biases in decision making, leading people to generally become more conservative and risk averse. This influences a host of social behaviors, from altruism and acts of kindness, to voting in politics, to compliance with—or protest against—the very regulations that are being imposed to contain the COVID-19 pandemic.

Ralph Adolphs, Caltech's Bren Professor of Psychology, Neuroscience, and Biology, usually conducts research on human volunteers at the Caltech Brain Imaging Center (which he also directs) to try to understand how the fundamental biology of the brain, as revealed through neural activity, produces the breadth of human feelings, abilities, and these social behaviors. But now, amid months of stay-at-home orders that have kept human subjects off campus and out of his lab, Adolphs has teamed up with several colleagues to craft a long-term internet-based study that examines how the COVID-19 pandemic has influenced people's emotions, attitudes, and biases. Over the course of the year, they will collect a robust trove of data, and although analysis of that data is just starting, they hope what they find will be helpful to social scientists and those designing public policy in the future.

Collaborators on the project include Michael Alvarez, professor of political and computational social science at Caltech; Gideon Yaffe of Yale Law School; and former Caltech colleagues Damian Stanley (now faculty at the Derner School of Psychology at Adelphi University in New York) and Uri Maoz (now faculty at nearby Chapman University).

We recently spoke to Adolphs about the research he is conducting and what he hopes to learn.

How might people's psychology change as a result of the COVID pandemic?

We think that many, many psychological variables will change, and so we are trying to measure most of them. This includes emotions, daily behaviors, attitudes of many kinds, and also biases that influence people's behavior but of which they are often unaware. It's been well studied that people are biased against those who are not like themselves. For example, Republicans and Democrats are biased against one another, as are people of different religions. Among other things, we are interested in how those kinds of biases will change as a result of what people see in the news and the world around them.

All this psychological change also speaks to a larger unanswered question. We all know that some psychological variables can change easily and quickly—for instance momentary emotions. But others, like personality traits, seem more resistant to change, at least on a short timescale. Given a huge and persistent stressor like the COVID pandemic, how much can we expect people to actually change? In a sense, this is allowing us to map out which parts of a person can change and what parts stay fairly immutable no matter how much the environment changes.

How do you study these kinds of changes?

Experiments in the social sciences are difficult because you have a lot of confounding factors that make it difficult to isolate a cause and because you often have rather weak effects. Additionally, in most studies, participants just know that it's an experiment, not the real thing. But now with the COVID pandemic, everyone in the country has been exposed to a major stressor with real consequences, and this is an opportunity to study how that is affecting them.

We're doing an ambitious and expensive longitudinal data collection. Each week, over the internet, we are asking the same questions of the same 1,000-plus people from all 50 states. We are asking about their identification with various political, religious, racial, ethnic, and social groups—as well as about their experiences related to COVID, adherence to public health recommendations, and trust in political and scientific leaders—and about various psychological factors such as personality, mood, and coping behaviors. For example, we are acquiring detailed measurements of people's emotions, through a number of questionnaires that assess a range of emotions. How do people's emotions reflect the COVID-related regulations in their state and county? Do people become happier when parks and beaches are opened up again, or do some of them actually become more anxious? By relating the outcomes of these assessments to the large amount of background data we have on the participants, we can build models that provide better explanations. It might turn out that people with certain personality traits are the ones that become anxious rather than happy when parks open, and our data could test that.

We have done six waves of data collection by now, and our hope is to track these 1,000 people and their attitudes through the rest of the year. It's going to be a really unique data set, and we plan to make all the data available for other researchers to use as well.

Has this kind of research been conducted before?

There are lots of large databases similar to ours, but, to the best of my knowledge, none like this in response to the COVID pandemic. In general, social scientists measure only a few variables, not the full array of surveys and tasks that we have in our study. Several of the tasks in our study were designed specifically to probe psychological change in relation to COVID-related topics—for instance, change in people's attitudes toward masks or toward health care workers. The longitudinal nature of the study is also noteworthy. There are sophisticated data analysis tools that social scientists at Caltech use to build quantitative models of human behavior; one main limitation is that you need a lot of data. Well, we'll have that data now.

What are some things you are hoping to learn, and how might this information be useful?

We hope that a lot of the information we collect will be useful to people developing public health policy. We need basic data about what kinds of changes people are willing to make to their behavior and what kinds of attitudes, emotions, and context could best persuade them to do so. For instance, wearing face masks has not been a social norm in America, but this is changing in some groups. Why? What motivates that change? Who is most resistant to it? What factors could we identify to maximize compliance?

But as I mentioned, the study is collecting such a rich array of measures that I think it will be a treasure trove for social scientists on quite a number of topics: Which psychological variables can change rapidly, and which are stable over time? How are emotions and social attitudes influencing political partisanship, and how will all these psychological changes influence our upcoming federal elections? By collecting all of these measures on every one of our participants, repeatedly over time, we will be able to look not only at how people's psychology can change over time but also at how all the different psychological variables influence one another.

Adolphs is an affiliated faculty member of the Tianqiao and Chrissy Chen Institute for Neuroscience.

Further description of the study and the group can be found at http://conte.caltech.edu/content/covid-dynamic

Details on the questionnaires and tasks can be found at https://osf.io/sb6qx.