Research Areas in the Humanities 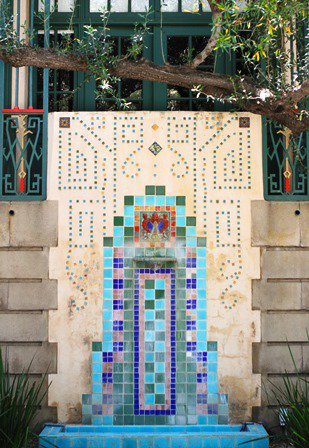 Researchers in intellectual history study knowledge of the past, with a particular focus on the period from 1500 to 1850. Their studies apply robust technical expertise as well as a keen interest in how institutions and publications shaped the world of learning. Researchers at Caltech have a special expertise and focus on the history of Europe; other studies include the physical sciences, philosophy, Renaissance humanism, the age of exploration, and the history of art collecting.

Researchers in literature and history focus on the relation between literary and historical production. Their shared sense that literature is best understood when read as embedded in its historical context produces creative and original scholarship that places works of the imagination alongside those of political history, history of science, art history, and book history.

Origins and Foundations of Science

Researchers in the history and philosophy of science investigate the development of scientific knowledge together with the philosophical issues and logic that govern much of scientific reasoning. Their research uncovers both the particular structure of scientific work at a given time and place and the social and institutional factors that influence that work. Areas of expertise in this area range from the early modern era to the birth of modern physics.

Caltech's philosophers use cutting-edge science and technology to address fundamental philosophical questions about what we can know and how we should live. Whether scanning the brains of subjects engaged in moral reasoning or developing computer algorithms for inferring hypotheses from data, they actively collaborate with investigators in artificial intelligence, biology, economics, neuroscience, and psychology. Together, they are providing new insights into some of humanity's oldest questions and formulating a new scientific philosophy.

Researchers in social science history employ traditional social science concepts and methods to the study of societies of the past. They use quantitative as well as qualitative evidence to examine economic, social, political, and demographic behavior in historical contexts. This shared methodology fosters a culture of comparative research among members whose areas of expertise range from medieval and early modern Europe to modern Russia and the United States.

Faculty in this area not only analyze aesthetic objects such as paintings, photographs, and films, they also examine the broader production, distribution, and reception contexts of these diverse media. In research that ranges from medieval manuscripts to collections inside contemporary museums, much of this work promotes an understanding of visual art that is grounded in the experience of collectors, exhibitors, readers, and viewers.